A Final Environmental Assessment has been filed for a new eight-classroom building at Maui Waena Intermediate School in Kahului, with a finding of ‘no significant impact.’

Plans call for the construction of a two-story, 34-foot tall building, that includes three classrooms each for science and general education, one choral room, and one computer resource center.

According to the EA, the project is designed to meet the needs of a growing enrollment, and address concerns surrounding “inadequate” facilities, a classroom shortage, overcrowded classrooms, and limited class offerings.

The EA document states that the school’s enrollment of 1,084 students in 2011-2012, is anticipated to “increase significantly” due to ongoing construction of subdivisions in the surrounding Maui Lani area.

Plans for call for construction of the building in an area currently utilized as play courts, adjacent to the primary access along Oneheʻe Avenue. In anticipation of the demolition of the existing play courts, the EA notes that new play courts were built.

Because there is a 30-foot maximum height restriction in the district, a height variance for the excess 4-feet, 3-inches, is being sought as part of the project.

Maui Waena Intermediate School is described as the largest middle school on the island.  The intermediate facility is the district middle school for students advancing out of Kahului, Lihikai, and Pōmaikaʻi Elementary Schools. It also serves as a feeder campus for Maui High School in Kahului. 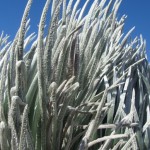 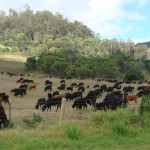