The fire was first reported on Saturday, July 13, and was finally extinguished on Monday, July 22, after a series of flareups earlier in the week. Fire officials say the stubborn blaze was fireworks-related and likely intentionally set. 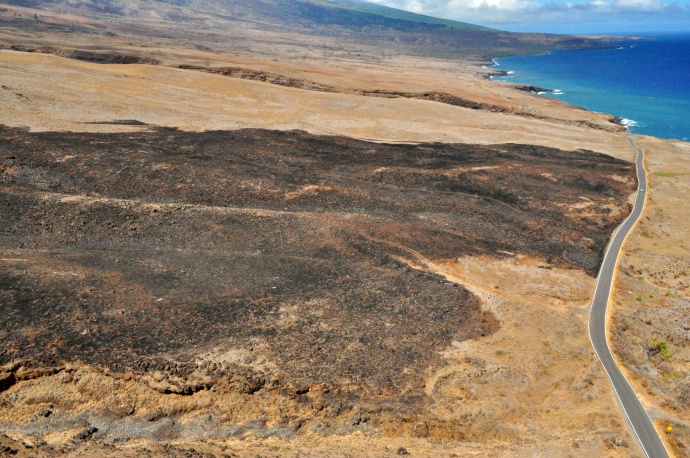 “The individuals or persons must have known that this would have caused this type of devastation,” said Chief Murray of the Kaupō fire.

“Luckily this was in an isolated area, but it could have impacted many homes,” said Murray, who noted that there are nearly 30 residences in the Kahikinui area.

“In the whole scheme of things, I know $82,000 doesn’t seem like a lot, but it does impact our budget as we just started the new fiscal year,” said Chief Murray.

“We have idiots in this community that actually go around and start fires,” said Mayor Arakawa during today’s press conference.

“They’re burning a lot of the assets of our community. All the money that it takes for us to be able to put out these fires are funds that could be used for cleaning parks, or doing other things that are helpful for the community,” said Mayor Arakawa.

According to Murray, the resources that were taken out of their districts to combat the fire, as well as the overtime expenses and the use of wildland firefighting specialists, impacted the cost. 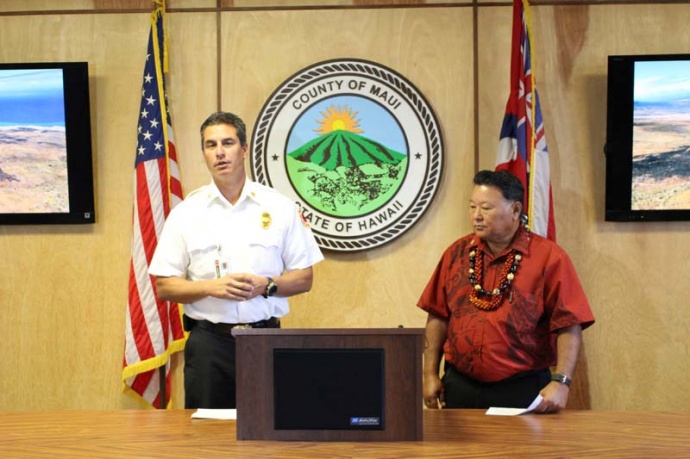 He said firefighting operations were hampered by rough terrain, wind, and water sources as well as inaccessibility.

He noted that fuel expense alone was $5,000 to get the firefighting equipment on scene.

“It is literally burning a lot of the funds that this community can use for other things,” said Arakawa in his call for public assistance.

“Bringing the truck out, starting it up, and then going back, cleaning everything up, getting everything ready for the next episode; having to jump from one fire to another fire–there have been multiple fires in one day that the fire department has had to respond to–these kinds of things are not fun,” he said. 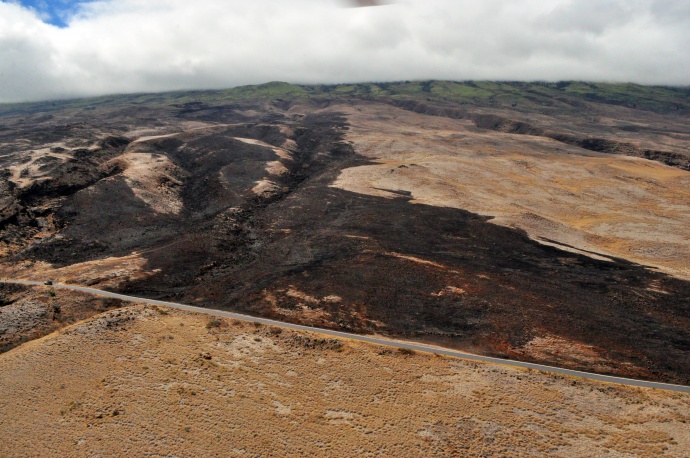 Mayor Arakawa was critical of whoever may be responsible saying, “You’ve got to be almost crazy to think this is a fun thing to do,” said Mayor Arakawa. “The type of person that’s doing this is one that’s clearly not thinking right,” he said.

“If you happen to be one that is thinking that this is funny, it’s not funny. Get your fun doing something else–go diving, go swimming, go skateboarding. This is not a way for recreation or fun. It can take people’s lives, homes, properties, and can cause very serious long term harm for residents here,” said Arakawa.

Chief Murray noted that suspicious fires this year have been reported in Kahikinui, Kaupō, Pāʻia, Central Maui, and throughout Lahaina. “We’ve also had some in the middle of the night on our north side in Huelo, Kailua, as well as Pāʻia,” he said.

“All areas are impacted. That’s why we are asking for your help in trying to mitigate this because we don’t want to have an Arizona here on Maui and any of these things can get out of control really quickly, and put a serious demand on our resources that we don’t always have,” said Chief Murray.

“Realize that response to these incidents takes the resources out of your community to help mitigate the situation that we have out there,” he said. 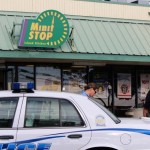 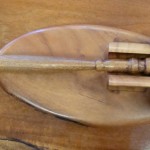