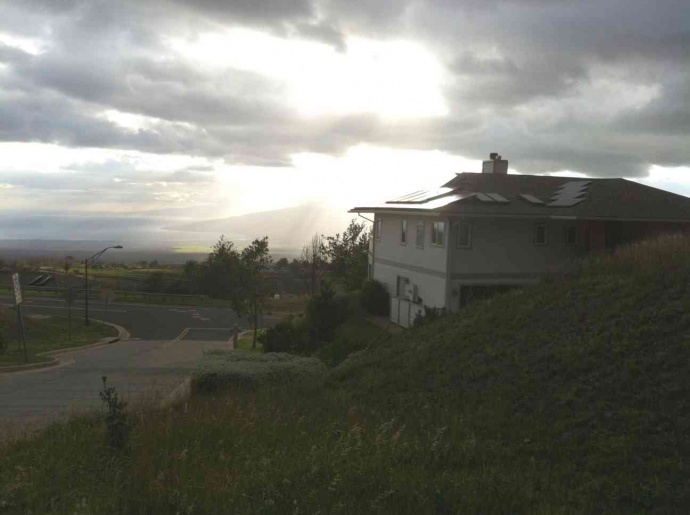 With electricity prices at times triple the national average and a slew of government tax incentives urging them along, Hawai`i consumers and businesses have been eagerly plastering solar panels on rooftops all over the island chain in recent years.

But faced with high upfront costs (anywhere from $10,000-$25,000 for a residence), the ability to power one’s own home or business could currently be considered a luxury.

In order to level the playing field for consumers and businesses who would otherwise be unable to afford the costly upgrades, Hawaii’s Legislature recently approved an initiative put forward by Gov. Neil Abercrombie’s administration that aims to provide low-cost financing to help expand access to solar and other renewables.

Act 2011, otherwise known as the “Green Infrastructure Loan Program” is a fairly lengthy tome that, like many new state ventures, spends some money and creates a few new bureaucrats.

But unlike some of the pleasantly vague, lofty-sounding “task forces” birthed in the capital rotunda in recent years, the “Green Infrastructure Authority” created by Act 2011 has a very specific goal in front of it, and will be backed by over $200 million in bonds.

The new authority is in charge of designing and implementing the state’s new loan program, which will be carried out through “Green Energy Market Securitizations” (GEMS).

GEMS purpose will be to finance the installation of renewable energy technology in underserved areas, allowing customers to repay their green energy loans using the savings achieved on their utility bills.

Although the details of the GEMS program are still under development, the basic concepts of green energy financing are not difficult to grasp. The helpful chart below, provided by the Blue Planet Foundation, illustrates the flow of funds in a green energy financing program (referred to here as “On-Bill Financing”). Traci Ho Kim, who has been placed in charge of developing the GEMS project, explained to Maui Now that one of the the project’s key goals is to provide residents and businesses that qualify for the program a quick path to savings.

According to Kim, GEMS is being designed so that residents or businesses obtaining financing would be able to repay their obligations through utility bills “less than or equal to what they’re already paying today.”

That statement is an important one, and assuming it proves true, could spur a major boost in demand for solar panel installations.

While solar is the current technology of choice and likely to be the center of the new agency’s focus, the legislation that created the GEMS program leaves the door open to other innovations.

Has it Ever Been Done?

When asked what similar ventures the state is seeking to emulate, Kim insisted the new program is “truly made in Hawai`i,” and that DBEDT is really blazing a trail on its own. According to Kim, other states have already expressed interest in establishing similar programs based off the model Hawai`i is developing.

Although Kim has clearly stated that the GEMS program isn’t based off any existing venture in particular, it’s worth taking a glance at “green energy financing” as it exists in other states today.

For instance, a South Carolina-based energy co-operative that used similar financing schemes to fund insulation upgrades found that participants cut their average electrical usage by 34%, while enjoying a net savings of $288 per year after loan payments were made through their utility bill. Those loans, which averaged around $7,500, will take roughly six and a half years to pay back. Once their loan obligations are cleared, customers are expected to enjoy $1,100 per year in net savings, all without up-front personal expenditures.

The New York initiative provides loans up to $25,000 for energy-saving installations, designed to be paid back at a 3.49% interest rate over 15 years. Solar energy is the current focus of Hawaii’s new GEMS program, but legislation leaves room for other technologies to be employed. Image courtesy NASA.

Hawaii’s own GEMS program, with its current solar-focus, could prove drastically different from the above examples, but green energy financing is definitely on the rise as a way to promote energy efficiency.

In addition to South Carolina and New York, six other states (including California) have passed some form of legislation related to green energy loans.

Kim indicated to Maui Now that the GEMS program is slated to begin taking applications sometime in 2014, and that the next step will be submitting the agency’s plans for approval by the Public Utilities Commission.

Kim was tentative when queried over the relationship between the Green Infrastructure Authority and the PUC, explaining that the structure of the new authority was itself still under development, though she did state that the PUC would have to sign off on GEMS before implementation could begin.

Many details and questions still remain, including how applicants would be screened, the terms of loans provided (including interest rates), and whether current grid technology could handle a sudden rise in solar applications.

Kim, who previously worked as the director of investor relations and strategic planning at Hawaiian Electric Industries, was firm in stating that the GEMS program is operating strictly for the purpose of financing energy improvements, and that concerns about grid technology should be addressed with the utility company itself.

Kim was also careful to explain that the program’s development is happening regardless of how the state resolves its solar tax credit program, which is currently operating under a set of temporary rules that some solar advocates claim are confusing. According to Kim, how tax credits factor into future solar installations will depend entirely on actions by the Department of Taxation (and likely the state Legislature).

We’ll continue to monitor how the state’s new GEMS program takes shape, and in a future analysis will examine the changing landscape of Hawaii’s solar industry.

Have an issue or topic you’d like to have investigated or analyzed? Send an email to [email protected]. 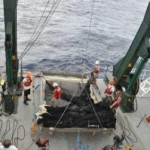