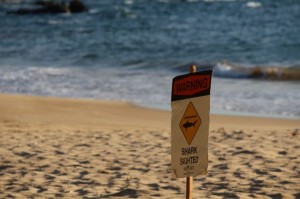 Beaches from Maluaka to the Mana Kai were reopened at noon today following a shark attack at Palauea (White Rock) on Wednesday afternoon.

Land and sea searches continue this morning by crews from the Department of Land and Natural Resources, Ocean Safety and Fire department personnel, following a critical shark attack at Palauea Beach, or “White Rock,” in Mākena yesterday afternoon.

A 20-year-old woman from Germany was hospitalized in critical condition, after her right arm was severed in the attack, reported at 4:41 p.m. on Wednesday, Aug. 14. County officials today say an update on the victim’s condition is not available at this time.

An assessment will be made at noon to evaluate the possible reopening the two-mile stretch of shoreline that was closed yesterday between Mākena Beach Resort and the Mana Kai Resort, a county press release stated.

The public is asked to adhere to all warnings and beach closures. 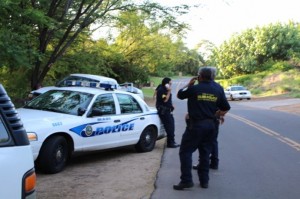 And days prior, a shark attack reported on Wednesday July 31, in Ulua Beach area of South Maui. During that incident, a California woman was treated and released from the hospital after suffering bite marks to her torso. 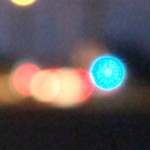 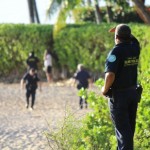