Two hunters were airlifted from the Mahana area of Lānaʻi on Saturday afternoon, due to fatigue and injury, according to fire officials.

Fire officials were called to the scene at 4 p.m. on Sept. 14, to an area above Kaiolohia or “Shipwreck Beach.”

The two men, ages 57 and 63, were airlifted by Rescue-10 personnel aboard the Department’s Air-1 helicopter to a landing zone set up on Keomoku Road, officials said.

According to Maui Fire Services Chief Lee Mainaga, the 57-year-old man was transported by medics to the Lānaʻi General Hospital with a back injury; and the 63-year-old man, was airlifted due to fatigue but did not require transport to the hospital. 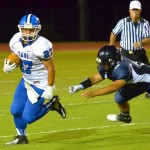 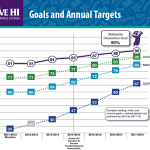