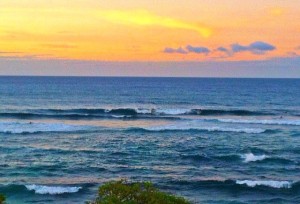 Even small Ho’okipa can be loads of fun. Sunset session. Photo: Carlos Rock.

There are small north swells on the radar as September ended with only the one major swell.

The fall is typically a good season for surf all across the globe. As the seasons change, so do weather patterns creating swells.

September was gracious to surfers, giving a few north swell pulses and one 10 foot swell in the beginning of the month that ignited that winter excitement all over again. The excitement of paddling out in really heavy surf is very unique to surfing, and the north shores of Hawaii are known world-wide to consistently produce that type of heavy water during the winter months.

However, after that first big September swell, only a few minor ones came in, though it still provided plenty of contestable surf. 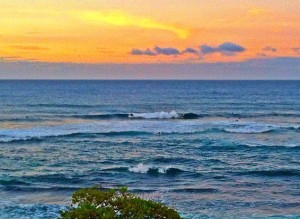 As always, Ho’okipa is the main hub for surfers during the winter months and year round for the windsurfers and kiters and just all around water people. Hawaiians, Americans, Brazilians, Argentinians, Japanese, Chinese, and many other races all make up melting pot of Ho’okipa. When there is a good swell, a walk through the parking lot will have you hearing all types of languages.

There is a small 2 to 5-foot NW-N swell on the rise Tuesday Oct. 1, which should provide some good surf by the afternoon assuming the wind calms down by then as it usually does. However, mix direction swells make the waves really peaky and very challenging to read and figure out. And with the wind tearing up the lineups, it takes a very well-rounded surfer to take on the task. 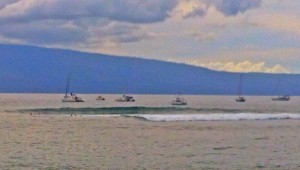 The swell on tap for today is one of those with a lot of ‘west’ in it, meaning that it is not necessarily the most favorable direction for Ho’okipa, creating a lot of closeouts and only the occasional perfect wave. Choose your waves wisely.

There is another swell showing on the forecast. A 3 to 7-foot N/NW swell is predicted to come in by this weekend for all of those weekend warriors.

Don’t give up on the south side just yet, there could be another south swell before summer is officially over, but the odds are on the low side. 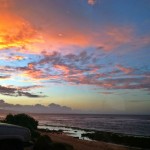 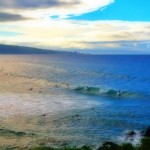