The Windsurfer Dilemma with Good Swell 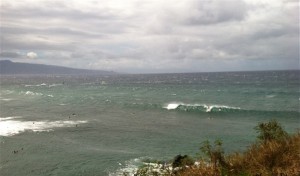 A good north swell with windy conditions seem to be a staple in the Maui surf scene.

Last weekend saw some great waves from the latest 3 to 5-foot north swell with some light winds in the morning. But the lineup was very crowded, as it always is, in the beginning of the season.

“There must have been 100 guys in the water on Sunday,” said a frequent Ho’okipa surfer about the popularity of surfing amongst Maui residents this winter. Understandable though, because glassy conditions don’t usually last long.

A new NW swell looks like it is coming in on Saturday and should stay for the weekend. The swell is expected to rise to the 2 to 5-foot range on Saturday and 3 to 7-foot on Sunday. So this weekend will be good for wave riding. Might want to request time off work now. 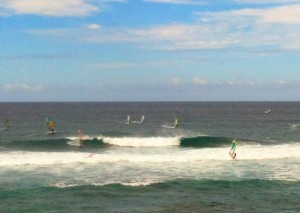 The wind is also expected to lighten up as well which should make glassy mornings before the seabreezes come in. Also, the lighter winds will produce some hot days, making the water that much more irresistible.

Surfers on Maui have only two choices: Accept the wind and surf any way, or don’t surf because it is too windy. The mornings are ideal with light winds, but by mid-morning, the wind will already have switched to onshore/sideshore to mess up the waves.

If you choose the latter, you may find yourself not surfing very much at all because Maui is always windy.

The one good thing about the windsurfers is that they can’t go left due to the wind direction, so if you sit right by where they drop in and go right, the left is usually empty. 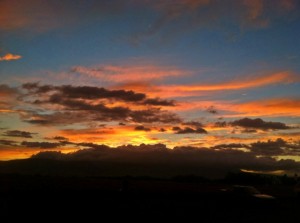 However, since they also always go right, they tend to scoop the wave from way out the back and hold everyone off the wave before dropping and going right.

But sharing is just a part of the selfish sport of surfing, and there is always a better wave out there.

This week should see some east swell in the mix at a 3 to 5-foot E/NE swell coming in Wednesday, Oct. 9. 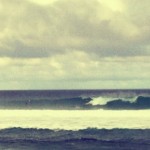 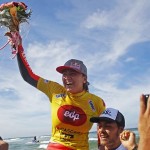