The owners of Piʻilani Promenade, Sarofim Realty Advisors, will host a community informational meeting to update the public on design concepts and plans.

The meeting will run from 6 to 8 p.m. tonight (Tuesday, Nov. 5), at the Kīhei Community Center in South Maui.

Sarofim Realty Advisors is proposing the development of a mixed use light industrial and commercial/business project at a site located mauka of the Piʻilani Highway in the vicinity of the Kaʻonoʻulu Street intersection, across from the Ka ʻOno ʻUlu Estates.

The north boundary of the property is adjacent to the Piʻilani Shell gas station and Kīhei Commercial Center; the south boundary is along the Kūlanihākoʻi Gulch and Kaʻonoʻulu Ranch; and the east boundary is ranch land that extends up to Kula.

The project also includes plans for 200 apartment units and a Maui Electric Company substation on the nearly 75-acre project site.

Project owners say that among the topics to be addressed are: the new mixed-use project design and concepts; smart growth plans; including walking and bike paths; park and gathering places; water improvements for South Maui; new rental and affordable housing; future job projections; and the start of the Upcountry highway. 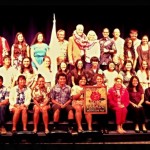 Maui Members of All-State Band Gear Up for Rose Parade 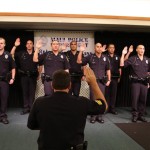