According to Rep. Gabbard, SFC Abe was wounded in action on November 8, 2011 in Kandahar, Afghanistan.

“Two years ago, at what should have been a special celebration – a graduation ceremony for Afghan National Army personnel – an improvised explosive device detonated five meters away from SFC Abe, leaving him wounded with head trauma,” said Congresswoman Gabbard in a press release.

Congresswoman Gabbard, who had previously deployed with SFC Abe, spoke about, “his great leadership, selflessness, and how anyone who knows him or has served with him is very proud of his actions.”

“Without regard for his own safety, he came to the aid of injured US and Afghan soldiers, swept the area for any additional IEDs, and made sure any able-bodied soldiers were maintaining watch until a nearby Quick Reaction Force could travel from Kandahar Air Field,” she said.

The event was among a list of Veteran related stops that Congresswoman Gabbard made throughout the islands this weekend–which included stops on Maui at the Nisei Veterans Memorial Center, and the grand opening celebration of the UH Maui College Veterans Resource Center. 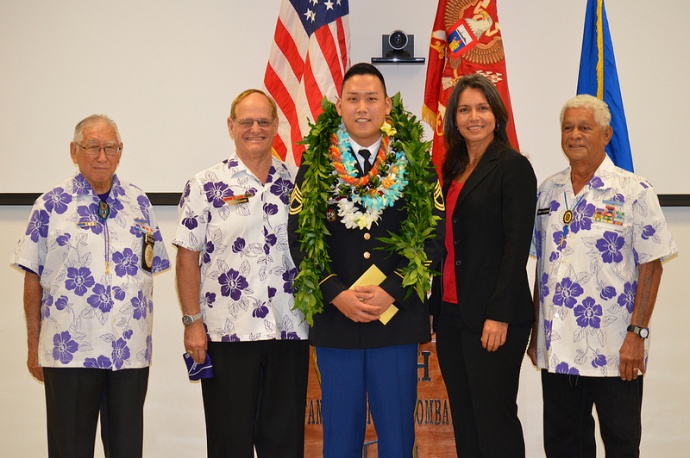 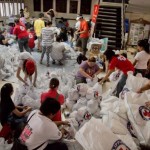 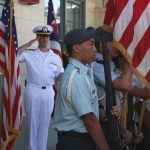