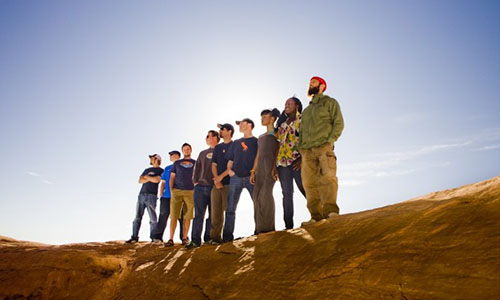 Groundation and The Abyssinians. Courtesy image.

Groundation was formed in 1998 on the campus of Sonoma State University’s jazz program.

Wikipedia explains that the name “Groundation” comes from the Rasta term “Grounation.” Grounation Day, held on April 21, is an important Rastafarian holy day celebrated in honor of Haile Selassie’s 1966 visit to Jamaica.

Promoters report that “Groundation captures the essence and drive of true roots reggae, the internationally-renowned band takes the art form to new heights by blending elements of jazz, funk, salsa, fusion and transcendental dub in a progressive amalgam of sound. Though they are based in California, Groundation’s music is closely intertwined with the roots of Jamaican reggae.”

Hailing from Jamaica, The Abyssinians are a roots reggae group formed in 1968 and best known for their harmonies and promotion of the Rastafari movement.

Their first full album was recorded in 1976 and reportedly “is regarded as one of the greatest in the history of Jamaican music. The sessions were supervised by Clive Hunt and resulted in the album known both as “Forward Onto Zion” and “Satta Massagana.”

A little tidbit you can work into conversation: “Satta Massagana” is a Rastafarian hymn sung partly in the ancient Ethiopian Amharic language.

Amharic, in turn, is the second-most spoken Semitic language in the world after Arabic and many Rastafarians learn it as a second language as they consider it to be sacred. 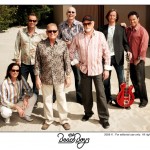 The Beach Boys Concert Tickets to Go on Sale 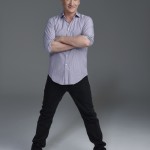