An eight-week sealcoating project in the Puʻukoliʻi area of West Maui is slated to start on Tuesday, Jan. 7, and continue through the end of February.

The project is part of a pavement preservation program conducted by the County of Maui and includes daily work between 7 a.m. and 2 p.m. in the Kāʻanapali Hillside subdivision.

Officials with the Department of Public Works, Highways Division, say two applications of sealcoat will be applied in each area, requiring a dry time of 4 to 6 hours.

During the work period, traffic will be restricted to a single lane, with no access to affected driveways.

County authorities say flyers have been circulated alerting residents of the work, which will require them to remove all vehicles along the roadway, and shut off all irrigation systems during work hours in respective areas.

The project is slated to begin on Hākui Loop, and work down through the subdivision.

According to the announcement, the County of Maui is the first in the state to use sealcoating as a pavement surface treatment.

“This type of maintenance is designed to extend the life of county roads, saving money for taxpayers and providing safe, drivable roads for the public,” the announcement said.  “The sealcoating serves to protect the top layer of asphalt from oxidation and wear caused by exposure to the sun, air, water and chemicals such as oil and gasoline.” 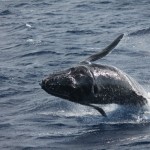 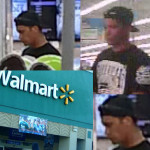