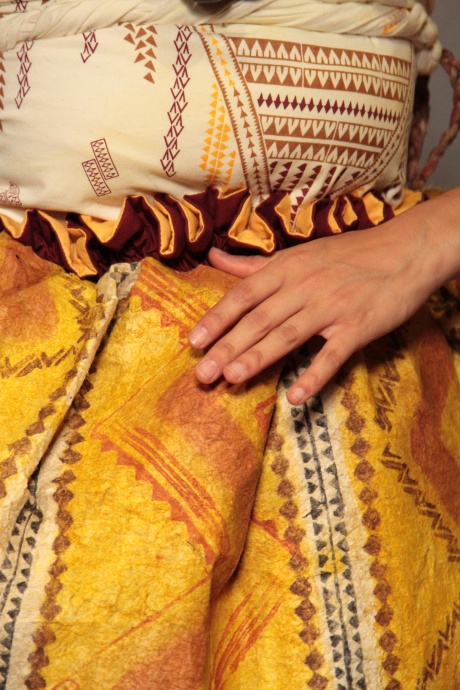 This invitational exhibition will feature a select group of 24 kapa practitioners from Hawai‘i and California, whose work involves both traditional and non-traditional use of materials and techniques in kapa-making.

Learn about the history, tools and botanical resources of this ancient Hawaiian art form, and the dedicated work of those who have revitalized the almost-lost knowledge and cultural value of the craft.

In addition to viewing recent works by these artists, gallery visitors will be able to learn about the history, tools and botanical resources of this ancient Hawaiian art form through the dedicated work of those who have revitalized the almost-lost knowledge and cultural value of the craft.

In addition, the exhibition encompasses the historical foundations of kapa with artifacts from the Maui Historical Society/Bailey House Museum and private collections.

The seed for both the exhibit was planted in January 2010 when a hui of 20 kapa makers collaborated with Hālau O Kekuhi, Kumu Hula Nālani Kanaka‘ole, Kekuhi Keali‘i kanakaole and Huihui Kanahele-Mossman.

They collaborated to create authentic Hawaiian kapa garments of pā‘ū and malo to attire the hālau for a one-hour performance at the hō‘ike of the 2011 Merrie Monarch Festival.

In doing so, these skilled kapa makers came together to produce kapa for traditional Hawaiian hula garments in a manner that had not been seen for over a century.

The collaboration created awareness that kapa-making is still very much alive, and the group then endeavored to extend the interest and education of this skill and art form.

The idea grew and was adopted as a statewide collaboration under the Folk and Traditional Arts wing of SFCA.

The Hawaiian Arts of Hula and Kapa project includes the making of a documentary film slated for broadcast on public television, statewide presentation outreach including exhibits, symposiums, lecture/demonstrations, professional development workshops for kapa makers, as well as other school and community educational activities.

The exhibit also features a viewing room within the gallery for visitors to watch the short documentary video about kapa making by ‘Ehā Pictures.

The exhibit will run through March 9. Free admission is available to the public daily from Tuesday through Sunday from 10 a.m. to 5 p.m. 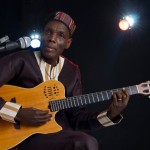 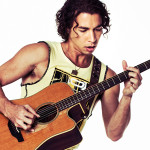