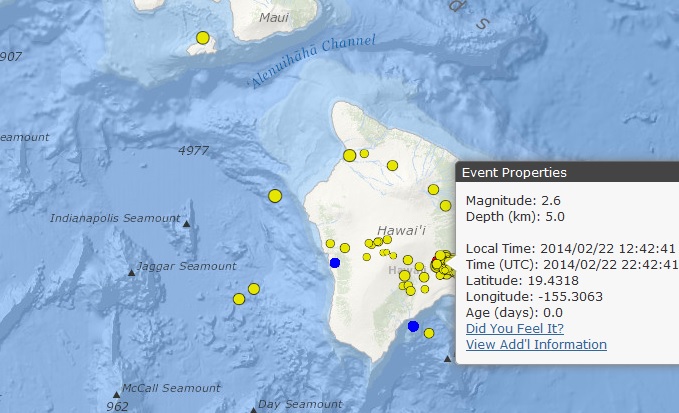 There were no immediate advisories issued following a 2.6 earthquake reported at 12:42 p.m. on Saturday, Feb. 22, 2014, NW of the Kīlauea Summit on Hawaiʻi Island.

The quake was initially recorded as a preliminary magnitude 3.0, but was later downgraded to a 2.6, according to the Hawaiian Volcano Observatory.

According to the USGS, the quake was centered 4 miles W of Volcano, Hawaiʻi; 24 miles WSW of Hawaiian Paradise Park, Hawaiʻi; 25 miles SW of Hilo, Hawaiʻi; 47 miles ESE of Kailua-Kona, Hawaiʻi; and 209 miles SE of Honolulu, Hawaiʻi. 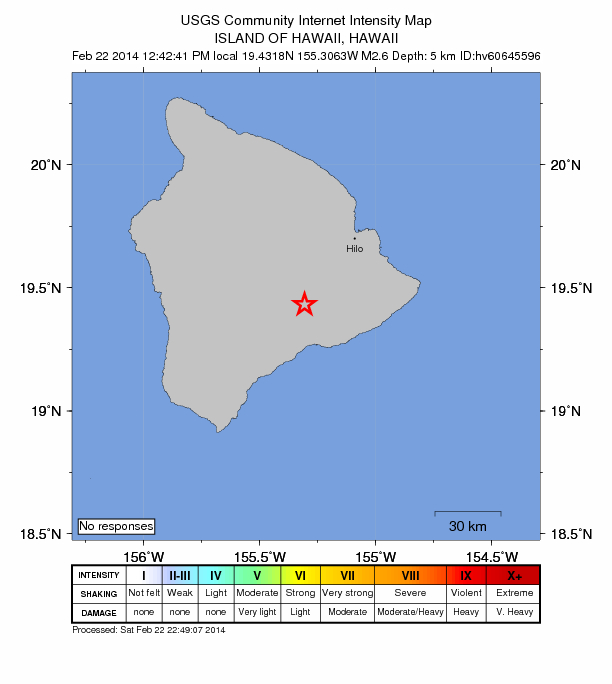 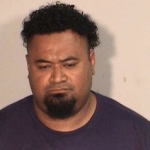 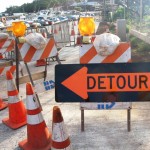