Maui’s Paulson Nominated to National Board 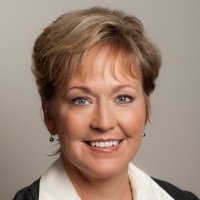 The non-profit Maui Hotel & Lodging Association announced the nomination of the organization’s executive director, Lisa Paulson, to a national advisory board.

According to the announcement, Paulson was nominated to the Advisory Board Leadership Council for the National Academy Foundation based in New York. The group is comprised of individuals who have “demonstrated a high level of involvement with, passion for, and interest in” their local advisory boards, and embody the “highest standards and exemplars” of advisory members, the announcement said.

In a press release statement, Paulson said she is honored to have been nominated saying, “It will give me the opportunity to work with leaders around the country in developing and implementing work-based learning curriculum for our students.”

In her current capacity, Paulson supports workforce development through her role as co-chair of the Maui County Academy of Hospitality and Tourism. Organization representatives say the program prepares students for post-secondary education and industry careers.

More than 200 students are enrolled in program which is offered at Baldwin, Lahianaluna, and Maui High schools, the announcement said. 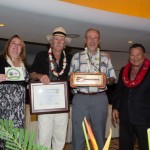 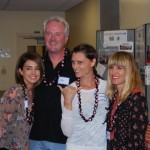