A bill that would replenish funds for long-term maintenance and rehabilitation of the Kahoʻolawe Island Reserve advanced out of the House with unanimous support last week.

HB 2101 HD1 seeks to replenish the fund first established in 1994 during the federal unexploded ordnance cleanup of the island, according to Maui Representative Mele Carroll who introduced the bill.

According to language in the bill, an estimated $44 million in federal appropriations are now dwindling, and is expected to be depleted by 2016 if no action is taken.

The bill seeks to utilize a portion of state conveyance tax revenue to replenish the trust fund, with the intent of providing a sustainable endowment for long-term restoration, according to information released by Rep. Carroll.

“Protecting and preserving Kaho’olawe is important not only to native Hawaiian culture, but to the entire state of Hawai’i, so we can continue to teach our history and carry on the conservation efforts,” said Carroll in a press release announcing the progress of the legislation.

According to information released by Carroll, nearly 3,000 archaeological and historical sites and features, “paint a picture of Kaho‘olawe as a navigational center for voyaging, the site of an adze quarry, an agricultural center, and a site for religious and cultural ceremonies.”

Carroll recounted more recent history saying that in the 1970s members of Protect Kaho‘olawe ‘Ohana began a series of occupations of the island in an effort to halt bombings by the US Navy.

Litigation from the PKO forced an end to the bombing in 1990 and the island was placed under the administration of the Kaho‘olawe Island Reserve Commission, according to Carroll. 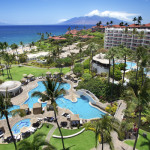 Kea Lani to Turn Lights Out in Observance of Earth Hour 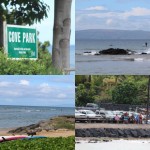