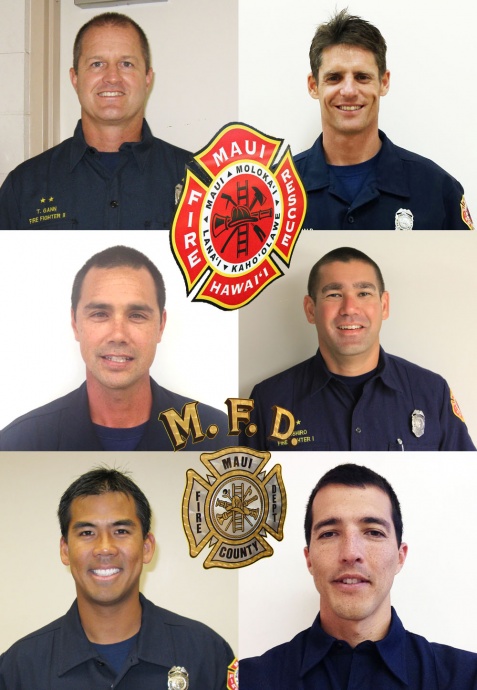 The Maui Fire Department today announced the promotion of six firefighters to the rank of firefighter III, fire apparatus operator.

Department officials provided highlights relating to each individual that was promoted, including the following:

Gann is a 12-year veteran, who spent seven years with Engine-1 in Wailuku, before his promotion to Hazmat-10 in Kahului. Gann spent two years with Hazmat before transferring to the Rescue Company where he has been for the past three years.

McDonald is a nine-year veteran of the department. He spent five years at the Lahaina Fire Station on Ladder-3, and the last four years working at the Pāʻia Fire Station. His new assignment will be with the Health and Safety Bureau.

Mullalley is also a nine-year veteran who most recently worked with the Wailea Fire Station. His career began on Lānaʻi where he worked for two years before transferring to Wailea where he spent four years with the Engine Company and three years with the Ladder crew. His new assignment is at the Pukoʻo Fire Station, Third Watch on Molokaʻi.

Oshiro is a 12-year veteran of the department from the Island of Molokaʻi. He curently works out of the Kaunakakai Fire Station, and begins his new assignment at the Hoʻolehua Fire Station, First Watch.

Smith is a seven-year veteran of the department who has worked on Lānaʻi and in Hāna. For the last three years, he has worked out of the Pāʻia Fire Station. He is now being assigned to the Training Bureau.

Maui Fire Chief Jeffrey Murray commented on the advancement of the six firefighters saying each of the individuals are “extremely deserving” of the promotions. 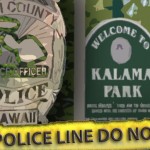 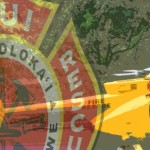