The Budget and Finance Committee will hold evening meetings throughout the county in April to receive community input on the fiscal year 2015 budget.

Committee Chair Mike White released the schedule with the first meeting slated for April 2, 2014, at the Hannibal Tavares Community Center in Pukalani.

Additional district meetings are scheduled throughout the county through April 22.

In addition to allocations for department services, the budget also sets forth the amount of grant funds that are offered to community organizations, and establishes funding levels for capital improvement projects.

“It is in your best interest to speak out and inform your elected officials how tax dollars should be spent. I encourage everyone to participate because after all, it is your money,” White said in a council press release.

The complete schedule includes the following dates, times and locations:

The committee will also conduct budget meetings in the Council Chamber beginning March 31 through May 2. The deadline for the council to pass the budget is on Tuesday, June 10, 2014.  If the council fails to pass a budget by the deadline, the mayor’s version of the budget will take effect on July 1, 2014.

Some helpful tips on how to participate in the budget process are available on the County of Maui website. 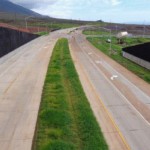 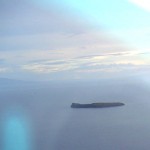