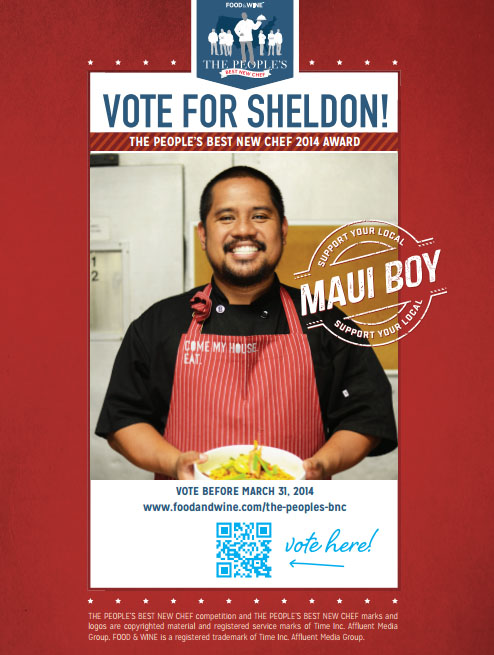 There’s just a few hours left to vote for Maui Chef Sheldon Simeon, who has been nominated for Food & Wine’s “The People’s Best New Chef 2014” award.

Simeon is among a list of 100 chefs from across the country being considered for the award.

The Maui Arts and Cultural Center sent out an email encouraging votes in favor of Chef Sheldon saying he has been a great supporter of the facility, donating his time, service, skills, and food creations for numerous MACC fundraisers and community programs.

To vote, visit the following Food and Wine link, and click on the Northwest & Pacific category.

He was a top contender on Season 10 of Top Chef, and was the first chef from Hawaiʻi to compete in the series.

Food and Wine calls Simeon amazing “Because he’s meshing his Hawaiian background with local produce and Asian techniques at this no-frills Filipino gastropub.” 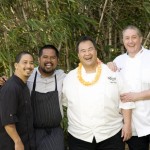 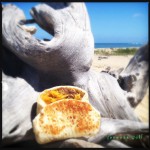