The Hawaiʻi Public Utilities Commission on Tuesday announced four major decisions and orders that are aimed at providing key policy, resource planning, and operational directives to the Hawaiian Electric Companies.

One of the orders specifically involves Maui Electric Company and directs the subsidiary to file a Power Supply Improvement Plan to address shortcomings of a System Improvement and Curtailment Reduction plan as part of a 2012 Test Year Rate Case.

The order was among a list of four from the PUC that require HECO Companies to develop and implement major improvements to “aggressively pursue energy cost reductions, proactively respond to emerging renewable energy integration challenges, improve the interconnection process for customer-sited solar photovoltaic systems, and embrace customer demand response programs.”

Hawaiian Electric Company president and CEO, Dick Rosenblum released a statement saying, “In this challenging, fast-changing energy environment, we welcome the PUC’s clear direction and roadmap. We’ve been working on many of these initiatives, and these directives confirm the energy policy priorities that will guide our strategies and implementation.”

He continued saying the company “has many of the building blocks already in place,” and pointed toward grid modernization work and the initial phase of a smart grid project.  He also said the company is now at more than 18% renewable energy.

“We’ve begun deactivating older fossil fuel plants, such as Honolulu Power Plant and others on Maui and Hawai’i Island. And we’re taking other steps to lower costs to customers, such as use of low-cost liquefied natural gas as a transition fuel,” said Rosenblum.

Other orders include: one that focuses on demand response programs that is aimed at enhancing system operations and reducing costs to customers; and another that focuses on reliability standards and in some cases directs timely actions to lower energy costs, improve system reliability, and address emerging challenges to integrating renewable energy.

In his statement, Rosenblum said, “We understand the importance of moving quickly and see this as an unprecedented opportunity to move aggressively on a shared vision for the utility of the future and on our role in meeting the needs of our customers. We look forward to working with the PUC and the Hawai’i State Energy Office as we move forward to develop and execute these comprehensive plans.” 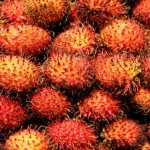 First-Ever “Made In Maui County” Festival Planned in November 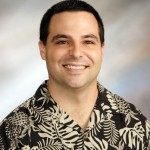 Silva Appointed to Board of Maui's J. Walter Cameron Center