Mokulele Airlines today announced plans to begin air service between Kahului, Maui, and Kalaeloa Airport on the west side Oʻahu this summer.

The airline has set a target start date of July 1, 2014, at which time, Mokulele would begin offering three daily round trip flights between Kalaeloa, located at the former Barber’s Point Naval Air Base John Rogers Field, and Kahului on Maui, according to the company announcement.

As part of its preparations to utilize the airport as a commercial facility, the airline says they are currently working to complete construction projects, implement flight scheduling, and hire staffing to accommodate the new route.

“The airport’s west Oʻahu location would make these positions ideal for residents of the Kapolei and ʻEwa Beach areas,” the announcement said.

The airline says the new service will make air travel more convenient for West Oʻahu residents visiting Maui, and for Maui travelers opting to visit resorts and attractions in the southwest region of Oʻahu.

According to the announcement, a special introductory fare of $69 will be available for one-way travel, including taxes and fees.

Mokulele Airlines is headquartered in Kailua-Kona, and claims to offer more than 120 flights a day between Oʻahu, Molokaʻi, Lānaʻi, Maui and the Big Island of Hawaiʻi, aboard its fleet of nine-passenger, turbine-powered Cessna Grand Caravans. 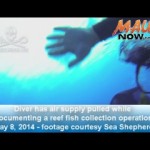 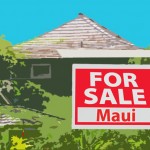 Maui Home Sales Up in April