Maui’s Ohigashi Selected as Chair of the State Democratic Party 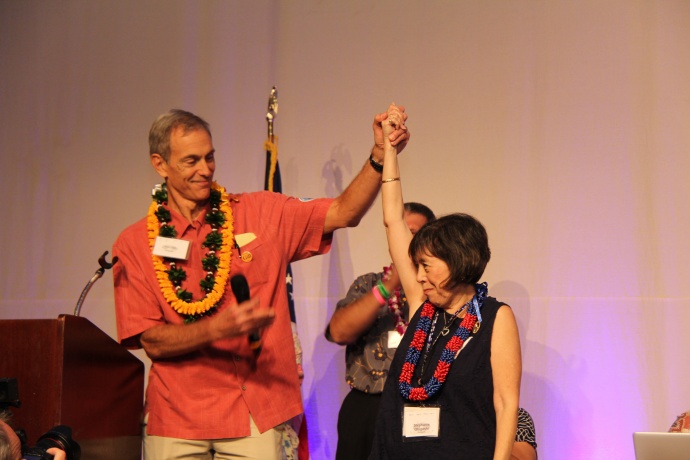 Maui’s Stephanie Ohigashi was selected as the new Democratic Party Chair for the state of Hawaiʻi during a convention held over the weekend.

“Former chair Dante Carpenter and I have a great working relationship so there will be a seamless transition,” said Ohigashi who was already vice-chair of the state party prior to Sunday’s elections.
“I know the staff having worked with them for several years also, so the Party will not have a gap in the day to day operations,” she said in an email communication with Maui Now.

Ohigashi becomes the first woman to hold the post and the first individual from Maui and the neighbor islands to lead the party, according to Maui County Democratic Party Chair Troy Hashimoto.

As chair, Ohigashi will be responsible for: fundraising for the Party’s short and long term initiatives; management of staff and volunteers; and presiding over the State Central Committee. 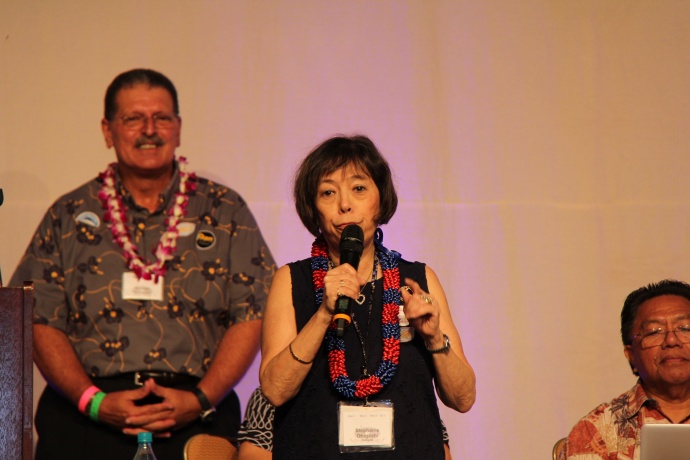 “One of my first assignments is to coordinate the Unity swing through of the candidates that make it through the primary election,” Ohigashi tells Maui Now.

“Each County Committee of the Democratic Party of Hawai’i hosts a Unity event to bring all candidates together, winners and losers for fellowship, food, a bit of ho’oponopono and lots of speeches,” she said.

“After this Unity swing, through of all the islands we come together as a coordinated general election campaign team. I am looking forward to that,” said Ohigashi.

Ohigashi was selected as chair in a 393 to 257 vote during the State Convention over Tony Gill, an Oʻahu Attorney and former Oʻahu party chair.

According to Hashimoto, Ohigashi carried all four counties, doing particularly well on the neighbor islands and in rural Oʻahu.

Gill resigned as Oʻahu Chair last year to pursue the closed primary lawsuit that he field on behalf of the Democratic Party of Hawaiʻi, according to Hashimoto. 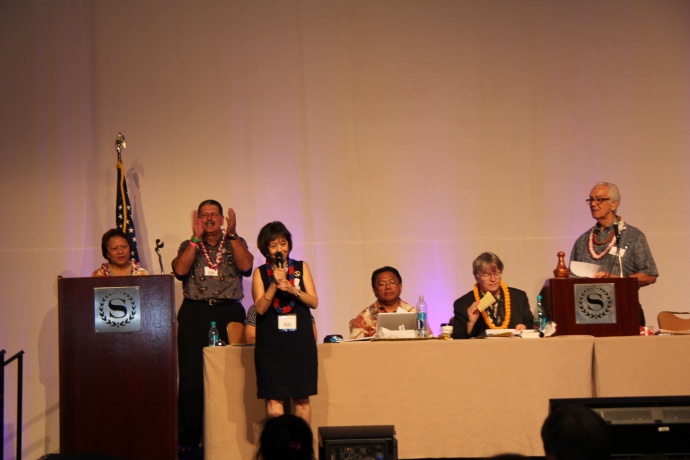 Hawaiʻi currently has an open party system for state and federal races, in which voters select one party ballot and are not allowed to cross party lines. Under a closed primary system, Hashimoto said anyone wishing to pull a Democratic ballot in the primary election would first be required to register with the party.

Ohigashi will take on her new role while also managing the Law Offices of Lee Ohigashi and being an executive assistant to council member Michael Victorino.