Camp Piʻiholo on Maui is one of three Girl Scouts of Hawaiʻi camps that will receive a portion of grant funds being released by Governor Neil Abercrombie.

The funding release includes $1.25 million for capital improvements at Camp Paumalu on Oʻahu, Camp Piʻiholo on Maui, and Camp Kilohana on Hawaiʻi Island.

Abercrombie announced the funding release on Tuesday saying the funds would finance improvements to wastewater systems at the three facilities.

Senator J Kalani English of Maui said the improvements to Camp Piʻiholo, located above Makawao Town on Maui, will foster the growth of young women and help them to thrive and become future leaders. He said the project is timely and “will benefit generations to come.”

The mission of the organization is to build “girls of courage, confidence, character, and who will make the world a better place.” 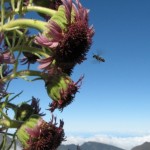 Abundance of Silverswords in Rare Bloom at Haleakalā 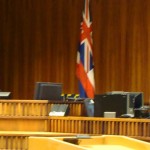