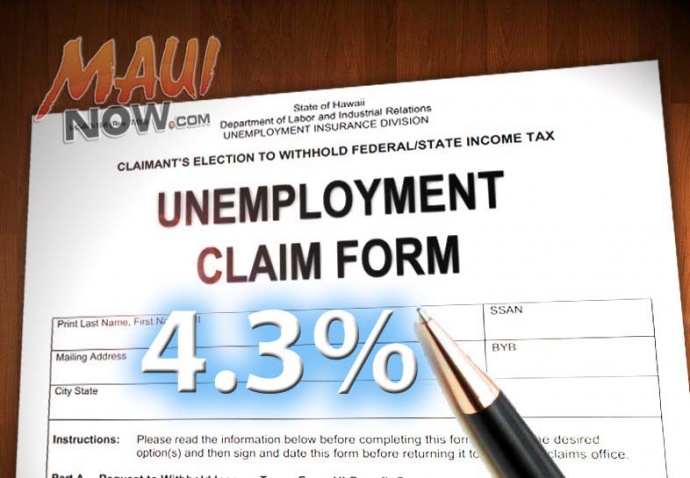 Maui County’s unemployment rate for October remained flat at 4.3%, the same rate that was reported a month earlier.

The county’s unemployment rate also remained well below the 5.3% rate recorded at the same time last year, according to new information released by the state Department of Labor and Industrial Relations.

Unemployment rates in Maui County were a mixed bag.  Maui Island’s 4% rate was unchanged from last month; Molokaʻi’s rate 13.9% rate was down from month before levels; and Lānaʻi’s 2.9% rate increased slightly from September.

Despite a slight increase, Lānaʻi continued to bring in the most impressive rate of 2.9%, the lowest in the state–up from the 2.5% rate recorded a month before, and down from the 4.2% rate recorded at the same time last year.

The Island of Maui in Maui County recorded a 4.0% unemployment rate in October 2014, on par with the same rate recorded in September, and down from the 5.1% rate reported in October of last year.

Molokaʻi continued to have the state’s highest unemployment rate of 13.9%–down from the 15.5% rate in September, but up from the 11.9% rate recorded at the same time last year.

The Department of Labor and Industrial Relations noted that the seasonally adjusted unemployment rate for the state dropped slightly to 4.1% in October, after a 4.2% rate reported in September 2014.

The department reports major industry employment gains in several areas including job expansion in the following sectors: 2,000 jobs in Leisure & Hospitality; and 600 in Professional & Business Services.

Job losses were reported in several sectors including: -300 jobs in Financial Activities; and -400 jobs in Education & Health Services; -500 jobs in Trade, Transportation & Utilities; and -800 jobs in construction.

According to the new data, there were 640,150 employed and 27,650 unemployed individuals in the state in October, which combines for a total seasonally adjusted labor force of 667,750. 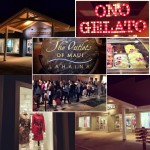 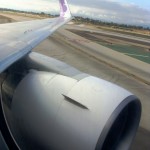