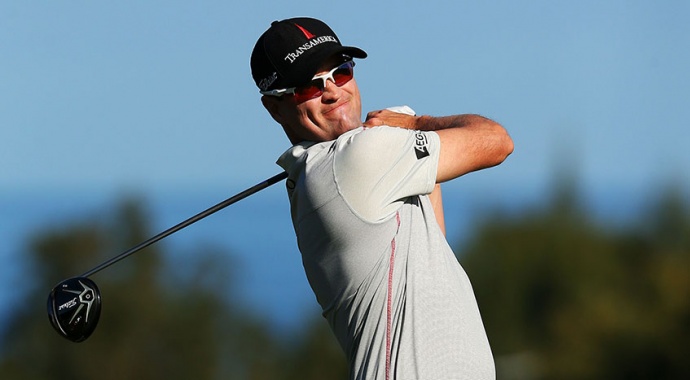 Defending champion Zach Johnson used seven birdies on Saturday to climb into a four-way tie atop the leaderboard at Kapalua. Photo by Mike Ehrmann/Getty Images.

The beat down continued Saturday at The Plantation Course.

The good news is there is no winner-by-technical knockout. The bad news is Mother Nature is busy dealing with cold fronts on the mainland and has no plan to downgrade the epic conditions contributing to the logjam atop the 2015 Hyundai Tournament of Champions’ leaderboard.

Defending champion Zach Johnson continued to demonstrate his love for the 7,452-yard Plantation Course, hitting every fairway and every green in Saturday’s second round. The feat, which has been done by only three other players at any TOUR stop in the past five seasons, puts Johnson in a four-way tie at 11-under-par 135 at the halfway point of the winner’s-only tournament. 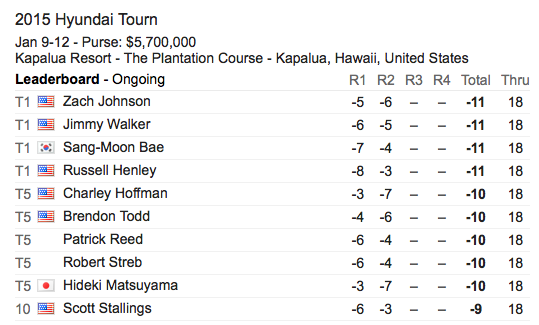 First-round leader Russell Henley, veteran Jimmy Walker and South Korea’s Sang-Moon Bae join Johnson atop the 34-player field, one stroke ahead of five others at 10-under 136, including Japan’s up-and-coming Hideki Matsuyama and San Diego journeyman Charley Hoffman. The pair climbed 13 positions from Friday’s even-par 73 with identical cards of 7-under-par 66.

“I played solid given the number of opportunities I had,” said Johnson, who managed just one top 10 finish in his first six starts at Kapalua. “I’m putting well. I was trying to go through the week without a 3‑putt, and that’s just nearly impossible. 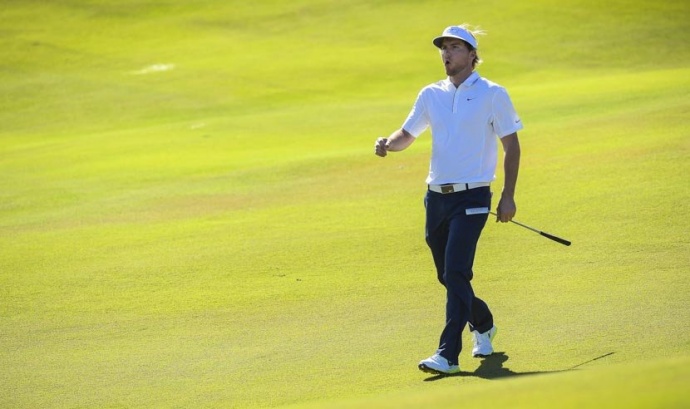 Russell Henley walks along the sixth fairway during the second round of the Hyundai Tournament of Champions at Plantation Course at Kapalua on Saturday. Photo by Stan Badz/PGA TOUR.

“I feel good about how I go around this golf course, what I hit off the tee boxes, where the pins are, and knowing how to attack and knowing when to lay off.”

Henley, whose 65 Friday was the best opening-round score at the Hyundai in 12 years, said the calm conditions have leveled the playing field a little.

“Well, there’s a lot of chances for birdie out there. The greens, if you hit two good shots on the par 4, you can make a birdie if you’re in the right spot. I think everybody is able to make a decent amount of birdies. 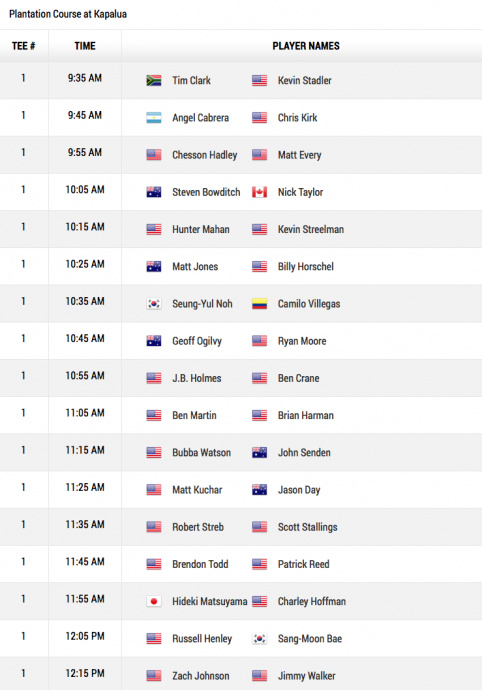 “But also, you know, the guys at the top have been playing really well. . . . I’m not sure what’s going to separate everybody in the end, but the weather definitely has not been what I thought it was going to be — a little bit calmer.”

Scott Stallings is alone in 10th place at 69-70—137, with Matt Kuchar one-stroke back and Australian Jason Day and Master’s Champion Bubba Watson are both tied for 12th, but only four strokes behind the leaders.

Johnson said he struggled at The Plantation Course in the early years.

“I’ve just finally gotten used to it,” Johnson said. “It’s just about getting your feet on these holes and seeing different winds and figuring out how to attack it. The more I see it and play it, the more I like it.

“My first five or six years here, it was frustrating because I’m seeing these guys shoot 5 and 6 under every single day and can’t figure out how they’re doing it. But now I finally feel more comfortable and I know what holes to lay back on and where to attack.”

Henley expects the putter to pay big dividends for players down the stretch.

“I think putting will separate it (the logjam) and I think good course management. I feel like if you hit the ball in the correct side of the hole out here, you put yourself in position to make a lot of birdies and at the worst, par. So I think just course management over the course of four days is going to be probably the biggest factor.” 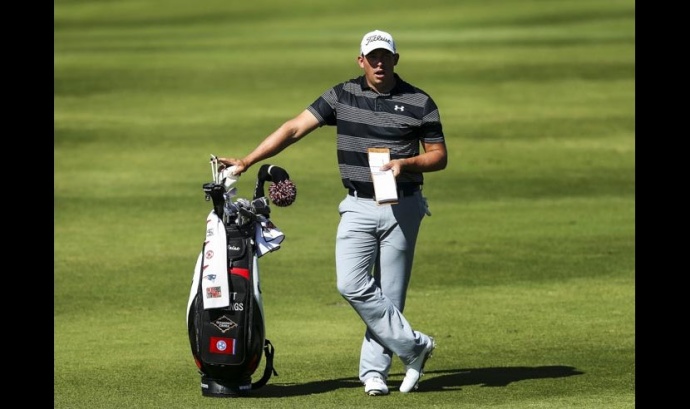 Scott Stallings prepares to play a shot on the 15th hole during round two of the Hyundai Tournament of Champions at Plantation Course at Kapalua Golf Club on Saturday. Photo by Andy Lyons/Getty Images.

Henley said there is no substitute for experience and without it, golfers find themselves outside the comfort zone.

Henley said the dynamics of the season does not allow you to have an extended off-season.

“I think it’s (the PGA TOUR) so competitive. I think the way guys look at it now, it’s a great opportunity to have a good finish and also get off to a great start, if not win.

“So I try to come into these weeks as sharp as I can and I remember my first year out, coming to Sony, I came prepared and ready to play. I think it’s just kind of the trend of golf has gotten more and more competitive; definitely over the last ten, 12 years, I think it gets more competitive every year.”

There have been 12 bogey-free rounds at the midpoint this year. Last year, there were only nine for the entire week. 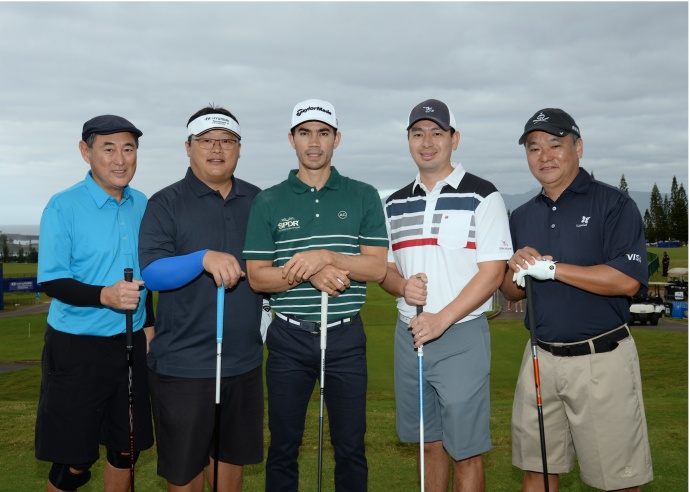 The next four places were determined by a tiebreaker, after finishing with matching cards of 56. Officials checked for lowest scores beginning with hole No. 1. 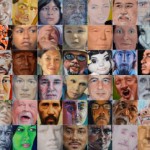 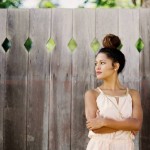