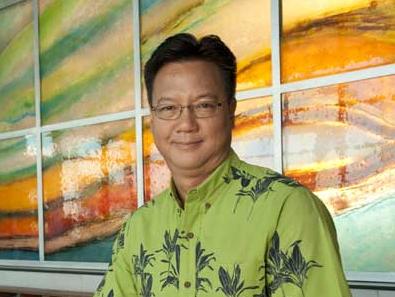 Partnership talks are advancing between the operator of three Maui hospitals and Hawai‘i Pacific Health. The news comes as patients continue to pack the emergency room at Maui Memorial Medical Center.

“If you know anybody who’s been to the emergency department since like Dec. 30, you will be waiting a long time, because I am absolutely full,” said Hawai‘i Health Systems Corporation’s Maui Region CEO Wesley Lo, who’s also working on a Sunday. “What is the right thing to do here? I’m facing unprecedented deficits. Do I hire more people to take care of the community, which is the right thing to do? But then it’s the wrong thing to do because I’m making my financial situation worse.”

Lo says a public-private partnership could lessen HHSC’s need for state subsidies, and help keep hospital operations up and running.

“To me, the answer is find somebody that can help you grow, expand your services, help you cross the chasm into where we become a healthcare delivery system, so we have more doctors we integrate,” Lo explained. “I think that would actually mean a growth in medical—a growth in jobs. We would better take care of our community.”

MMMC, the HHSC Region’s largest hospital, was forced to close its adolescent behavioral health unit in October 2014 due to financial shortfalls. HHSC Maui Region also points to additional financial stresses for MMMC, such as costly federally-mandated reforms and restrictions, decreased state funding, increased expenses for infrastructure and technology upgrades, hikes in retiree health benefit rates, and mandated salary increases by state collective bargaining contracts, including a 7 to 8 percent rise in 2014.

Lo says independent pediatricians could be leaving his staff within a few months.

“So I have all these people who are probably going to walk off staff in May,“ Lo said, “and if I don’t do anything and you have a C-section, or your baby was in fetal distress, there would be no pediatrician in the operating room. Can you imagine that?”

Lo said negotiating with other providers to maintain those services is expensive.

“I’m working on something with Kaiser right now, so we may be saved, but it’ll cost me a lot more money,” Lo explained. “So I’m sitting here going, I’ve got an $11 million deficit this year, $39 million deficit next year. I’m going to enter into a contract that’s going to cost me
more money?”

Without a pubic-private partnership, HHSC Maui Region may be forced to re-evaluate its staffing levels and range of services.

“The Maui Region facilities have experienced significant financial challenges for some time and have been seeking viable options to maintain the delivery of healthcare services for Maui County residents,” HPH CEO Ray Vara said in a statement Friday. “Hawai‘i Pacific Health is strongly committed to ensuring statewide access to high-quality, local healthcare. Our mission has always been to provide the highest level of care and service for the people of Hawai‘i.”

Lo said he has confidence in HPH.

Although more due diligence is expected, HHSC officials have released an overview of the proposed partnership structure, which includes these key components:
• HHSC would enter into a 25-year lease agreement with HPH.
• HPH would lease all Maui Memorial Medical Center facilities at a nominal rate.
• State would retain ownership of the land and facilities with responsibility for repayment of long-term liabilities, including post-employment benefit liabilities.
• HPH would work with state on alternative benefit arrangements for employees nearing retirement.

The hospital union weighed in on the partnership discussion news. Hawai‘i Government Employees Association Director Randy Perreira said in a statement, “We have always been willing to participate in discussions and reach agreements to make changes to our public system to replicate private sector hospital practices—but unfortunately, the leadership of the HHSC has never been willing to make fair comparisons with the private sector, and instead, approaches all conversations with the expectation that employees of HHSC should be prepared to work for less.”

“… people need to make appropriate wages in a people-driven business,” responded Lo. “It’s a fact; I just looked at a study of private hospital average wages versus Maui Memorial nurses’ average wages and there is a substantial difference—I would say over 20 percent difference in salary—but benefits are different. So we need to go down that path.”

“We are committed to working with the HGEA and UPW—our current unions—but we would just like that to be in the private sector. So it wouldn’t be under the state collective bargaining rules… We have not started negotiating. There have not been talks—real defined talks.”

“The HHSC propaganda suggests that private operation of these facilities is the resolution to all ills,” Perreira’s statement continued, “completely ignoring the fact that to provide services on the Neighbor Islands to replicate service levels on O‘ahu will be very costly, making it financially problematic for any private operator to survive without government (read: taxpayer) support.”

“I agree with him,” explained Lo. “It’s not all labor’s fault. There are certainly efficiencies, but the depths of the deficits are so big now. And our inability to increase revenues, and in a growing community, our inability to control the reimbursements very well, is really more of the problem.”

Lo said his most valuable resource is people.

“Part of the reason I’m fighting for this public-private partnership is if I don’t, can you imagine what would happen to the workers? Thirty-nine million dollars—I’m going to have to cut some place. There is not $39 million worth of efficiencies—I can’t stop buying drugs,” Lo said. “So where would I find all that savings? I don’t know. Unfortunately, I don’t even want to think about it, I won’t even threaten it, because I won’t do that. I won’t do that. It’s not part of my DNA. People didn’t hire me into this position to cut services to this community.”

Kaiser Permanente had also reportedly been in talks about a potential partnership with Hawai‘i Health Systems Maui Region, but declined to submit a financial proposal.

The state Legislature will take the next step regarding HHSC and HPH. Lawmakers would have to approve a bill in the upcoming session to allow formal partnership talks to move forward. Similar attempts in two previous sessions have failed.

Lo said this is the best chance they’ve had, since HPH is a local company willing to work with the unions.

“This year, the difference is we’re hoping that in our negotiations with Hawai‘i Pacific Health, that we’ll actually have some specifics to answer the questions of everybody—the community, labor, the state—so we can actually model something so that people will know exactly what is going to happen.”

Legislators will also have to decide whether or not to keep higher Medicaid reimbursements in the budget, which would also affect HHSC.

According to the state Department of Human Services, increased fees to Medicaid primary-care providers have been extended through June 2015. Come July, if lawmakers decline to fund the $11 million annual cost, it’s possible Medicaid reimbursements could be cut by 48 percent in Hawai‘i.

“The whole world’s changing on us,” said Lo. “Frankly, unless you’re going to change your stripes and becoming a totally different type of hospital, in order to become the hospital of the new world, you need investment. You need to retool yourself for the new world. And we can’t continue to operate the way we’ve been operating the last 60, 70 years. That model has changed.” 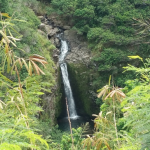 Another Hazy Day For Maui County