MFD Respond to Fire in Makawao

At approximately 1:20 p.m. on Monday, Jan. 26, firefighters from Makawao responded to a reported trash can fire at 110 Hawea Place. En route, firefighters were informed that it was a possible structure fire, so Kula and Kahului firefighters also were dispatched.

Makawao firefighters arrived at 1:35 p.m. to find a 1,200-square-foot detached carport on fire and nearly burned to the ground. Crews brought the fire under control within five minutes, and the Kahului fire crews were cancelled.

Cleaners working in the home at the time reported the fire. The fire was determined to be accidental. Investigation revealed the cause to be improper disposal of fireplace ash into a trash can.

Damage was estimated at $20,000 to contents, including a vehicle that was inside and $10,000 to the structure.

No other structures were damaged and no injuries were reported. 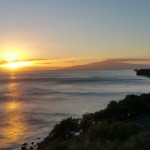 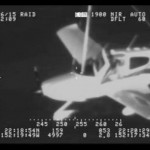