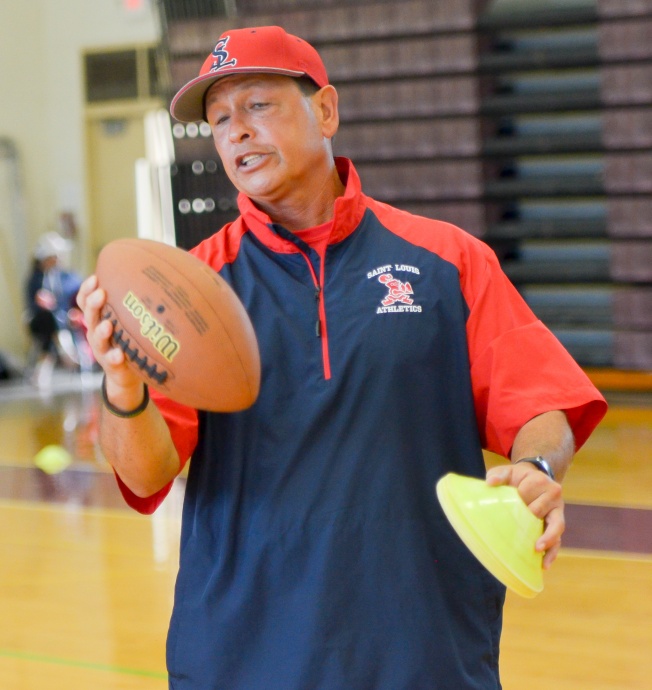 Despite a torrential downpour at noon in Central Maui on Saturday, more than 70 Maui County football players relocated to the Baldwin High School Gym for the free “Get Better” camp hosted by Hawaii’s quarterback guru Vince Passas.

“It’s just an awesome experience for me to be around young men of God,” said Passas the longtime Saint Louis School assistant football coach, who also coaches baseball and was on the Valley Isle for the third consecutive year. “I do it (my Get Better Quarterback Camps) a lot on Oahu and for me to come to Maui and share is truly a blessing for me.”

NIKE master trainer David Kamalani warmed up the athletes, who ranged from intermediate school to high school, before Passas shared his patented message about building life skills before football skills. 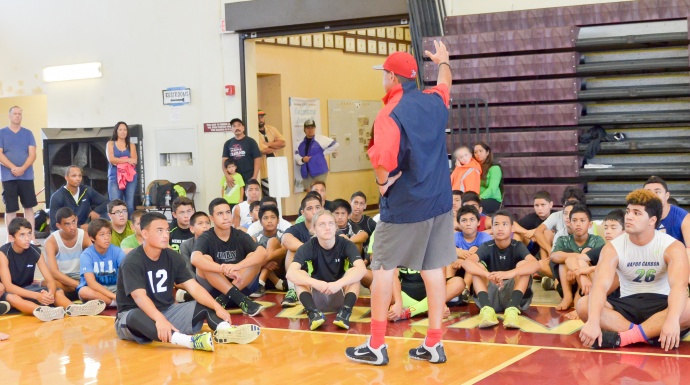 “That’s one of the requirements that they need to do if they come to our Get Better Camps. Every single day is Mother’s Day, not making it special just one time a year, but all 365 days a year.”

Passas said it’s important to respect your parents and pay special attention to your mom.

“Things like giving mom a hug and a kiss when she leaves the house and when she comes home.”

Passas added: “It’s not about just building the football player, but building the person, and it starts with things like making mom feel special.” 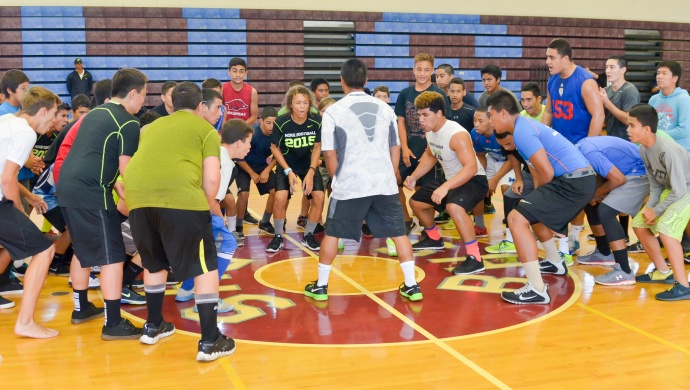 Passas has coached more than 20 of the best prep quarterbacks to come from Hawaii, including his most prize pupil, Heisman trophy winner Marcus Mariota of Oregon.

“Going to camps like this on the weekends and spending time looking for ways to get better is the key, that’s how Marcus got better, instead of staying home playing XBOX or going to the beach.”

“It’s been really amazing. Marcus is really a gift that was sent to us from God. He doesn’t just represent our school, Saint Louis, he represents the state of Hawaii. The stuff that he does off the field and the respect that he has for his teammates and the people around him — he makes people feel important. And that’s a lot of the same stuff we talk about at our camps.

“For us to see that and witness that, at least we know that one guy got it. One guy paid attention and has a grasp of what we’re trying to do at our Get Better Camps.” 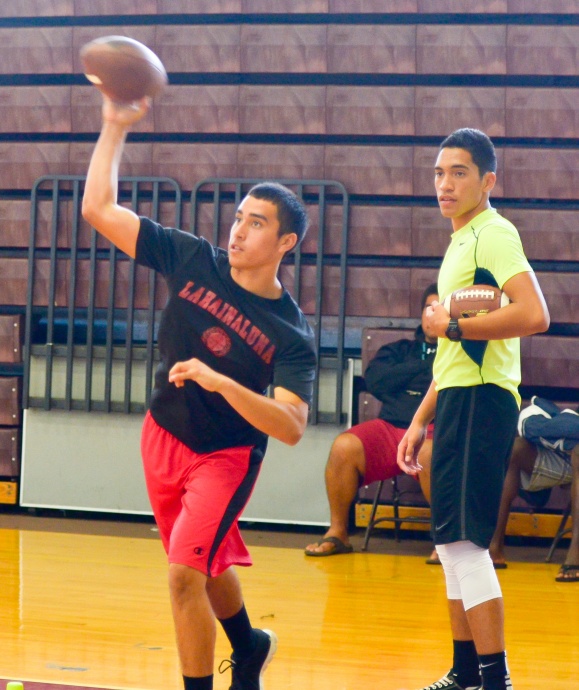 “Truly amazing. For him to even consider me to be one of the guys, there are so many other people he could have asked. Wow, I was really honored.

“It was a blessing to just be around the atmosphere, the ceremonies, him getting the trophy, being at the dinner, the gala, seeing all those former Heisman Trophy winners and just to rub elbows with them was great. They’re normal people like you and I are, but they’ve worked hard to get where they’re at and to have that experience. Now one of Hawaii’s own is in the house.”

* On Saint Louis quarterback Tua Tagovailoa, who just received his ninth Division I scholarship offer. As a sophomore last season he threw for 2,583 yards with 33 touchdowns and three interceptions. He also ran for 576 yards and eight touchdowns. Tagovailoa beat out returning senior Ryder Kuhns for the starting QB job with the Crusaders and holds offers from Hawaii, Oregon, Texas Tech, UCLA and USC. 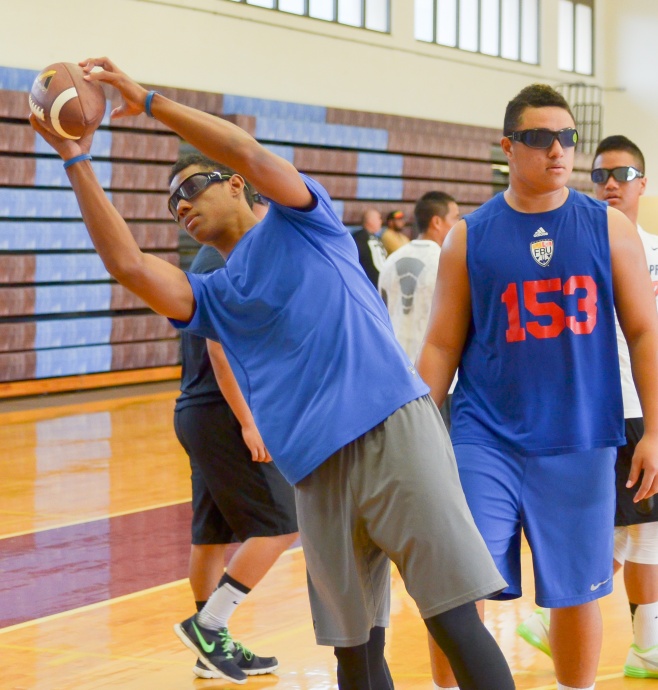 “He’s special already, it’s just a matter of keeping him grounded and humble.”

* On the return of legendary head coach Cal Lee at Saint Louis. 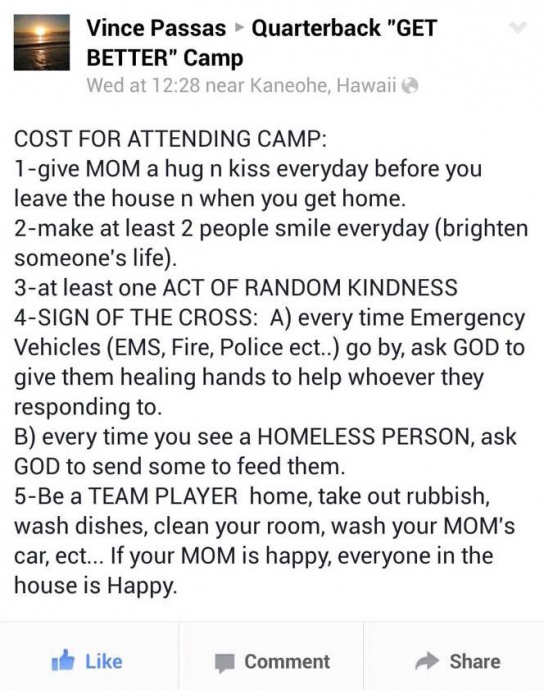 “It’s been a blessing for him and Coach Ron. I think all the players that’s he’s coached in the past — during that 15-year run we had — their kids are now coming to college. Now we are starting to get them back instead of seeing them in Kamehameha’s cheering section or Damien’s cheering section.”

For more information on Vince Passas “Get Better” Camps 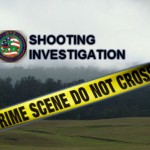 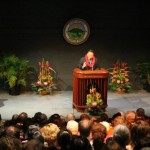 Mayor to Present State of the County Address, March 10