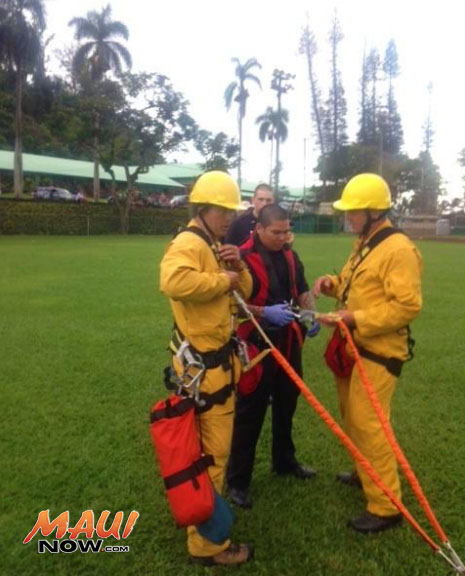 A 31-year-old homeless man from Hāna suffered head injuries in an apparent 200-foot fall at Kaʻuiki Hill in East Maui yesterday afternoon, according to Maui Police.

Police say the incident was reported at 4:52 p.m. on Thursday, April 2, 2015 at an area behind Kaihalulu or “Red Sand Beach” where police said homeless people were camping.

The victim was suffering from an open head wound and altered mental status upon arrival of first responders, according to police reports.

During his contact with fire department personnel, police say the victim became “very combative” and was “refusing all help.”

“Due to safety concerns and the risk of injury to first responders it was determined that Maui Police patrol personnel from the Hāna District would be flown into the camp site with fire personnel via Air One,” said Maui Police Department, Hāna District Commander, Lieutenant William Hankins in a department press release.

“As additional fire support hiked in and met the victim he calmed down and eventually agreed to be airlifted out of the campsite to Hāna Ball Field,” said Lt. Hankins.

Police say a 48-year-old Hāna man made the call for help and directed rescue crews to the  location.  With police on scene at the camp site, Hankins said the victim eventually agreed to be airlifted out of the area by fire personnel.

Police say the victim was airlifted out of the area to the Hāna Ball Field where he was treated by awaiting medics; and was transported to an awaiting Medevac team that flew the victim to the Maui Memorial Medical Center with “non-life threatening injuries and an altered mental status.” 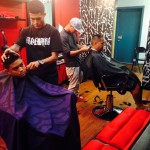