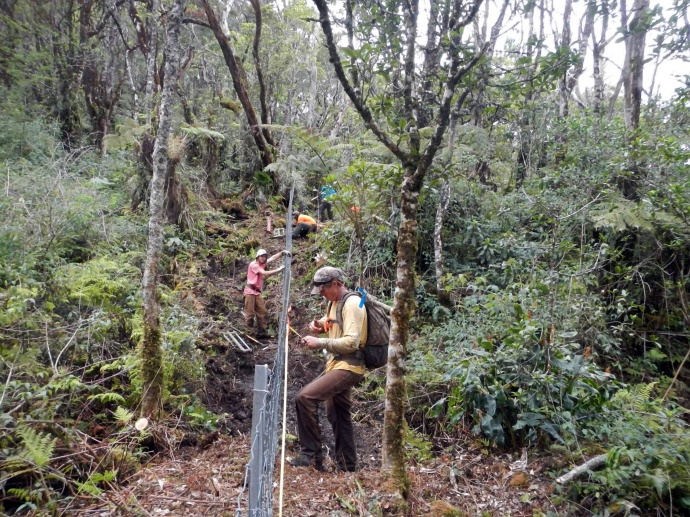 The Nature Conservancy has completed a three-mile fence through East Maui’s remote high elevation forest, adding new protection to more than 1,000 acres in the heart of the East Maui watershed.

The $850,000 fence line was completed in mid-March, and will help to protect water resources and endangered species.

Organization representatives say feral pigs have been causing significant damage and Axis deer are expanding toward the region.  There are also growing infestations of Himalayan ginger.  The fence will help prevent pigs and deer from gaining access.

With the fencing complete, the Conservancy will oversee feral animal and weed control within the area among other management efforts to protect the fragile native forest and watershed, organization representatives said.

Other portions of the watershed have already been protected by fencing, and the new section closes the watershed’s western boundary on the eastern slope of Haleakalā between the 3,600 and 5,500 foot elevation.

The land is part of the larger East Maui rainforest that delivers 60 billion gallons of water annually for domestic and agricultural use on Maui, including 1.5 million gallons of fresh water provided daily to Maui’s Kula area via the Waikamoi flume. It is the state’s largest source of harvested surface water.

Representatives with The Nature Conservancy the fence line construction in rugged, often steep, forested terrain, was completed in record time, in part due to a dry winter. A veteran fencing team led by Greg Czar completed the work in mid-March. 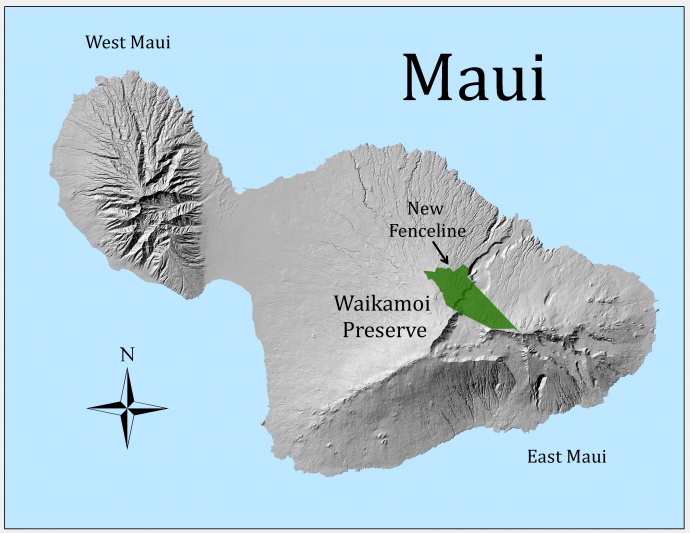 “This was one of the last unprotected parcels of land in the core of the East Maui Watershed Partnership area,” said Mark White, The Nature Conservancy’s Maui Nui program director. “We had thought that it was rugged enough to provide a geographic barrier, but we found the pigs were getting in.”

The newly-fenced land is part of the new 3,712-acre addition to the Conservancy’s Waikamoi Preserve.

The land is owned by East Maui Irrigation, but managed under a perpetual easement that EMI granted to The Nature Conservancy last year.

The reserve is home to some 20 threatened and endangered species, and numerous rare native forest birds including the ʻalauahio or Maui creeper, the kiwikiu or Maui parrotbill and the ʻākohekohe or crested honeycreeper. 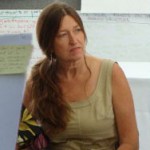 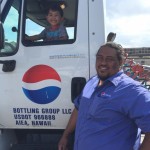