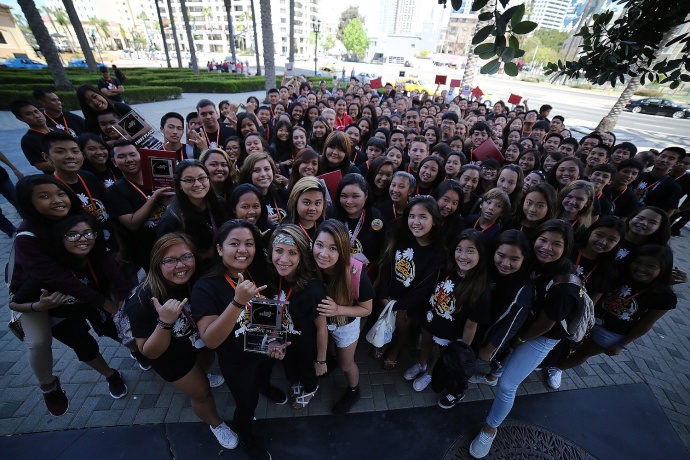 The video production students returned to compete this year after earning an honorable mention award in 2013 for their Public Service Announcement entry in the Middle School category in 2013; and placing first in 2012 in the Spot Feature category and the Sweet 16 Broadcast Journalism contest, and earning an honorable mention award in the music video category.

Fellow Maui competitors from Maui High School earned an honorable mention award in the Crazy 8s – High School Multimedia Journalism category in which students completed four-minute newscasts or films in eight hours without the help of their instructors.

The awards were among the 28 earned by Hawaiʻi students during the convention.

“Hawaiʻi schools have proven once again that they can compete with anyone across the nation in digital media,” said Kevin Matsunaga, media instructor at Chiefess Kamakahelei Middle School and a member of STN’s national board in a press release announcement. “The students’ performance here is proof positive that our Hawaiʻi digital media teachers and students are doing great work.”

All Hawaiʻi schools that attended the convention are also participants in PBS Hawaiʻi’s HIKI NŌ learning initiative in which students produce video news stories that are then broadcast statewide on PBS.

The Maui students competed against more than 2,700 middle and high school students from across the country during the four day competition and workshop event.

“Our growing pipeline of Creative Media across the state of Hawaiʻi is like no other,” said Candy Suiso, Executive Director of Waianae High School’s Searider Productions media program in the press release announcement. “What a great feeling,” she said. 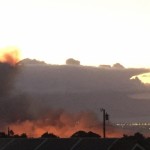 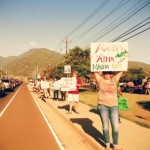 Mauna Kea Protectors: Construction "Stand Down" is Only Temporary Victory