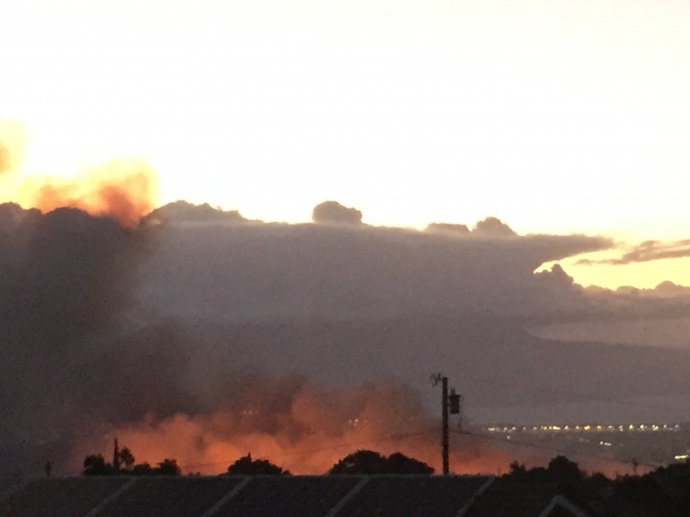 *Video is available on our Maui Now Facebook page at the following LINK.

Makawao firefighters responded to reports of a brush fire in the area of Ikea Place in Pukalani at around 6:15 p.m. on Wednesday, April 8, 2015.

Firefighters arrived on scene to find about one acre of sugar cane on fire, downslope of Ikea Place and moving very quickly towards the southwest and away from area homes, said Maui Fire Captain Officer Edward Taomoto.

Hawaiian Commercial & Sugar Company confirmed that the fire was an unscheduled cane burn, and estimated that about 100 acres of sugar cane had been consumed as of 8:15 p.m.

Crews from HC&S remained on scene at last report and were using heavy equipment to contain the blaze.

The Maui Fire Department’s Makawao Engine and Kahului water tanker crew were also on scene monitoring the fire in case of a shift in wind direction, in which case the fire could become a potential threat to homes.

There have been no road closures and no structures were threatened at last report.

Crews from the Maui Fire Department remain on the scene at a brush fire in the Pukalani area reported at around 6:30 p.m. We will bring you updates as further information becomes available. Please check back. 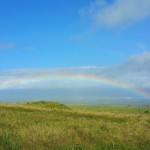 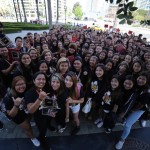