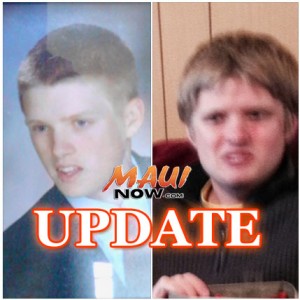 ***Update: 5/15/15: Maui Police say Gerald “Matt” Pritchard has since been found in good health. The department extended their thanks to the public for their assistance.

Maui police say there have been at least two sightings of a man who was reported missing by family members in April.

According to Maui police, Gerald Matthew Pritchard, 25, was sighted at around 8 a.m. on Monday, April 13, 2014 in the Pāʻia area.  Police say he was wearing a fluorescent orange t-shirt and was holding a tan backpack.

Police issued a press release today saying Pritchard was also seen in the Kīhei area near Welakahao Street near the Kīhei Baptist Church.

According witness reports detailed by Maui police, Pritchard appeared to be in good health; however, he has failed to contact police.

The Maui Police Department released photos of Prtichard, who was reported missing on Wednesday, April 8, 2015 by his family who last saw him sometime in April of 2014 in Walnutport, Pennsylvania.

Police say Pritchard reportedly traveled to Maui sometime in October of 2014, which was the last time anyone in his family heard from him.

Prichard is most likely going by the name “Matt” and is described at being about 6′ tall, 180 pounds, with blue eyes and blond hair, according to Maui police.

The photos that were released and posted above are dated with the most recent image from over a year ago. 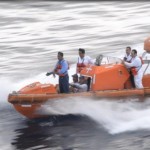 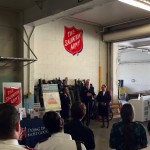