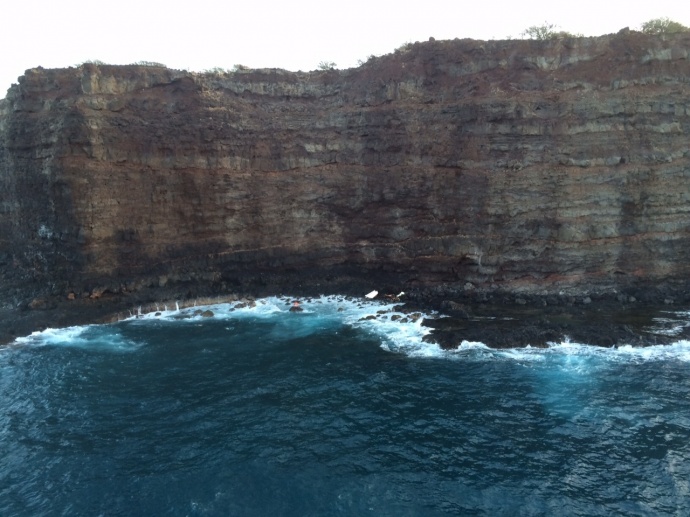 This image is of a debris field located off Lānaʻi, Hawaiʻi, April 24, 2015. The Coast Guard rescued one man and continues searching for another after 34-foot fishing vessel Munchkin ran aground on rocks approximately one mile west of Lanai. (U.S. Coast Guard courtesy photo)

Crews from the Maui Fire Department suspended their search for a missing mariner off the coast of Lanai last night following a third day of search efforts yesterday. Fire crews have been working closely with the US CoastGuard to search the area after the 34-foot fishing vessel, the “Munchkin” ran aground on rocks west of the island early Friday morning. The missing man, Ron Ingraham, is the same mariner who spent 12 days lost at sea in December aboard his own vessel, the Malia.

On its third day, the Maui Fire Department is continuing its search for a Molokaʻi fisherman missing since Thursday morning off the northwest coast of Lānaʻi.

Because of sheer cliffs in the area where the boat washed ashore, the Lānaʻi fire crew has been unable to conduct any shoreline searches from land, said Maui Fire Services Chief Edward Taomoto.

Taomoto said further hampering any land search is that the closest access road is the Morita Trail, a 4-wheel-drive dirt hunting road that is still roughly two miles away.

Air 1 is conducting a thorough search of the shoreline and up into the deep gulches above, in the event the man made it to shore and is resting under tree cover, department officials said.

An department scuba dive team was also called in and performed underwater searches of the area surrounding the wreck site on Saturday.

The US Coast Guard has since identified the missing man as Ron Ingraham, and has confirmed that this is the same mariner who spent 12 days lost at sea in December aboard his own vessel, the Malia

MFD plans to resume the search today using rescue boats from Lahaina and Kaunakakai, as well as the department’s Air 1 helicopter. 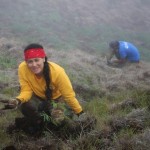 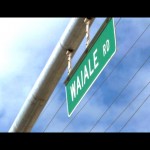 Cause of Waiʻale Brush Fire Under Investigation