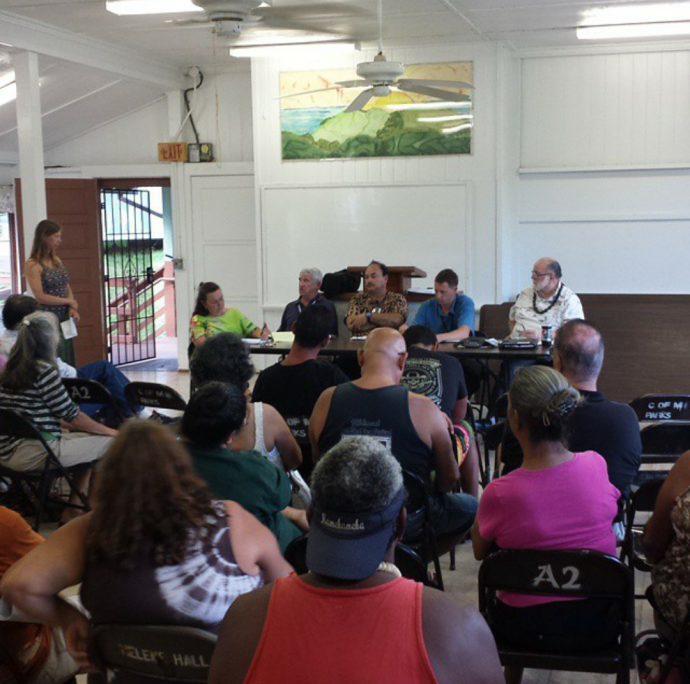 Representatives from the state DOT Airports Division and the FAA were on hand at a June 2015 meeting to respond to community concerns about the proposed Skydive Hana operation in East Maui. File photo credit: Kapena Kalama.

Skydiving School, Inc., doing business as Skydive Hawaiʻi and Island Skydiving, LLC had proposed a skydiving operation at the Hāna Airport and has been issued an FAA certificate for operation.

Accordingly, the FAA conducted a Risk Assessment, Safety Audit for Airports Regarding Parachute Operation on the Skydive Hawaiʻi operation in January 2010. It is Councilmember Carroll’s contention that there have been many changes in and around the Hāna Airport that warrant an updated assessment for the skydiving operation.

On June 2, 2015, the East Maui community met with Councilmember Carroll, representatives from the State of Hawaiʻi Department of Transportation and FAA to discuss concerns regarding the Skydive Hawaiʻi operation at the Hāna Airport.

“There have been various changes in operation at the Hāna Airport since the last risk assessment was conducted by the FAA inspectors,” said Carroll. “New fix wing operations, an increase in helicopter flights, a surge in visitor counts and a steady rise in calls to emergency service personnel, which all must be assessed to determine potential impacts to the operation at the airport.”

The FAA letter was also sent to each member of the Hawaiʻi Congressional Delegation, Governor Ige and Mayor Alan Arakawa, requesting their assistance in obtaining full consideration of the request.

Even though the FAA issued the certificate for operation to Skydive Hawaiʻi, the HDOT subsequently, in August 2008, denied the request “based on safety,” according to Carroll.  However, in October 2009, the State of Hawaiʻi agreed to allow skydiving operations subject to the development of operating rules and standards for skydiving activities.

The last risk assessment was conducted on Jan. 27, 2010, which concluded with an overall rating of “high risk,” according to Carroll.

“The community and I believe a skydiving operation at Hāna Airport is still “high risk,” said Carroll.  “There are too many factors, such as public safety, environmental and historical concerns, changing weather patterns, rugged terrain which contribute to a limit and potentially unsafe landing area,” he said.

Carroll notes that Mokulele Airlines, the Department of Fire and Public Safety and the Maui County Chief of Police have also written correspondence pointing to concerns about the Skydive Hawaiʻi operation at Hāna Airport.

A web page and Facebook page by “Skydive Hāna” was created that addresses some of the concerns.  On the Facebook page, company representatives claim they are being discriminated against. In a social media entry, the company states, “Hāna Airport was not our first choice for a location on Maui, but it was the only airport option made available by the State.”

Another comment from the business stated, “Public facilities using federal funds should be open to all, not just locals.” 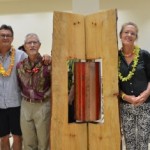 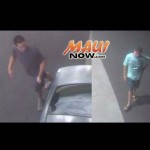