Operating profit for the second quarter from the company’s real estate operations (Development Sales and Leasing) was $28.2 million, compared to $19.8 million in the second quarter of 2014. The Materials & Construction segment contributed an additional $7.0 million of operating profit. These results were partially offset by an Agribusiness operating loss of $4.7 million.

“We’re pleased to see continued solid performance from our real estate operations in the second quarter,” said Stanley M. Kuriyama, A&B chairman and chief executive officer. “Sales activity at major projects, like Kahala, Maui Business Park and Kukui‘ula, remains positive and we are nearly sold out of the 450 tower and mid-rise units at The Collection, almost a year-and-a-half prior to the delivery of units.

“We continue to invest in these and other projects to build our development pipeline, as well as actively seek new investments in Hawai‘i.” Kuriyama continued. “In Leasing, Hawai‘i same-store commercial portfolio performance was a primary driver of increased operating profit and NOI, which were up 16% and 9%, respectively, compared to last year.

“Target’s simultaneous March 2015 openings in Kailua and at Maui Business Park have positively impacted performance at both our Kailua retail properties and MBP, and we look forward to Lowe’s groundbreaking at MBP later this year,” said Kuriyama.

“Despite the world-wide drop in fuel prices that lowered asphalt revenue for our Materials & Construction segment in the second quarter, we were encouraged by the 22% increase in backlog during the quarter, to $251.4 million,” said Kuriyama. 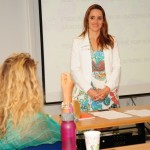 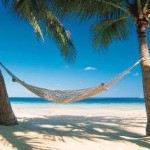 AARP Pre-Retirement Workshops to be Held in Aug. & Sept.