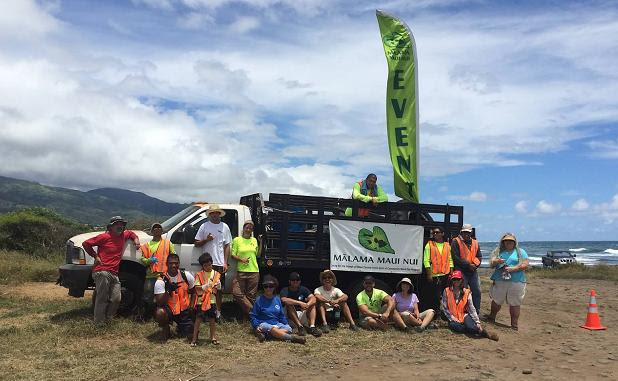 Mālama Maui Nui staff and volunteers pose at the end of the second beach cleanup at Rivermouth in Wailuku, Maui. Photo courtesy of Mālama Maui Nui.

The charitable nonprofit Keep the Hawaiian Islands Beautiful group just concluded its Great American Cleanup campaign, which took place over four months across the state and concluded on June 30, 2015.

More than 17,000 people participated in more than 200 events across the state that promoted environmental stewardship. 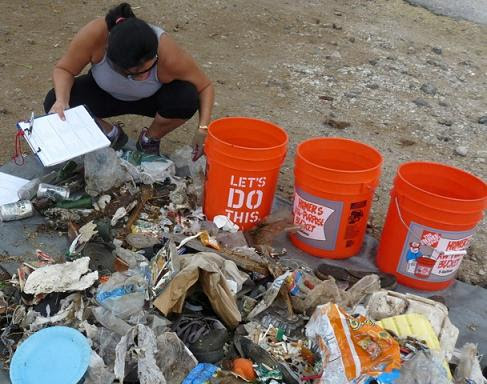 Organization leaders say volunteers removed thousands of pounds of litter from coastlines and surrounding areas that would have otherwise likely become marine debris and threaten the health of Hawaiʻi’s reef systems and wildlife.

Among those events was Mālama Maui Nui’s co-production of ‘The Art of Trash’ with Sharing Aloha Maui. Both events featured the works of local residents made from re-purposed materials.

The educational programs highlight the importance of diverting materials as a means to alleviate the pressure on County landfills, a particularly important issue for a state with finite available land.

The group is now gearing up for ‘Get the Drift and Bag It’, the next cleanup campaign that focuses on protecting oceans, waterways, and marine wildlife from trash and debris as part of the International Coastal Cleanup on September 19, 2015. 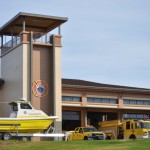