The Nature Conservancy of Hawai‘i’s Corporate Council for the Environment raised $240,000 for local conservation in fiscal year 2015 through contributions from 52 businesses.

Dustin Sellers of Koa Capital Partners chairs the Corporate Council, which emphasizes the link between Hawai‘i’s environment and its economy. Since its launch in 1987, the local business coalition has raised over $4 million to protect the state’s natural resources.

“In Hawai‘i, the environment is the economy,” said Mark Fox, the Conservancy’s Hawai‘i acting executive director. “These companies know the importance of protecting the lands and waters that
sustain Hawai‘i’s people, economy and island way of life.”

Since 1980, The Nature Conservancy has protected almost 200,000 acres of natural lands in Hawai‘i, and works with other public and private landowners to protect the islands’ key watersheds.

The conservancy manages a statewide network of 13 preserves and works in 19 coastal communities to protect the near-shore waters of the main Hawaiian Islands.

The Nature Conservancy is a leading conservation organization working around the world to protect ecologically important lands and waters for nature and people.

The Conservancy and its more than one million members have protected nearly 120 million acres worldwide. 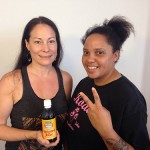