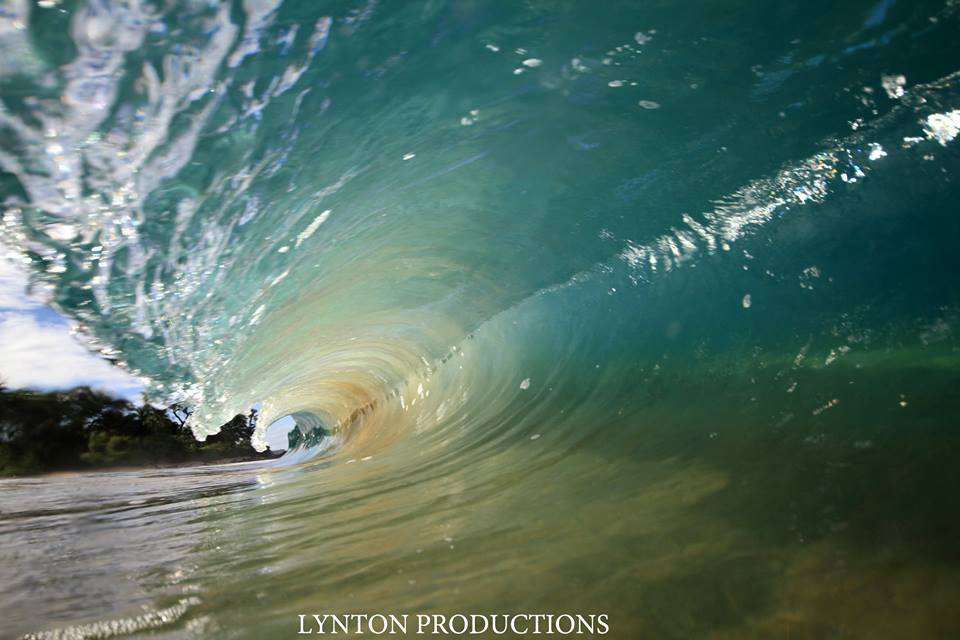 A High Surf Warning is posted for windward Maui and Molokai through 6 p.m. Monday with wave heights up to 10 to 18 foot faces in some spots. Expect ocean water occasionally sweeping across portions of beaches, very strong breaking waves and strong longshore and rip currents. Breaking waves may occasionally impact harbors making navigating the harbor channel difficult. Large breaking surf, significant shore break and dangerous currents will make entering the water very hazardous. Boaters should be aware of an increased number of surfers in the water. 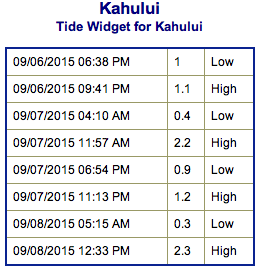 North: Spots that are pulling in the tropical swell could get up to overhead to well overhead on the sets at the best exposures.  This swell will show best at east-northeast breaks.

West:  Wave heights shoulder/head high are expected. Spots shadowed by other islands will be smaller.

South: Some spots will catch the east-northeast wrap. Otherwise, the south-southwest is expected to peak around shoulder/head high waves.

Jimena is delivering a solid shot of east swell to the islands. This prompted a high surf warning for east-facing shores of most islands which has been extended yet again. East-shore surf will remain near warning levels at least through Monday and perhaps beyond. 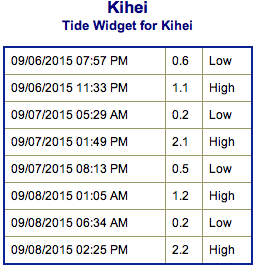 Small north-northwest swell from Ignacio is expected to wind down and fade early this week.

Hurricane Kilo crossed into the west pacific and is therefore now a typhoon. Kilo has generated fun westerly swell for the islands and is expected to hold through into this week.

A long-period swell from the south-southwest will produce advisory-level surf along south-facing shores. 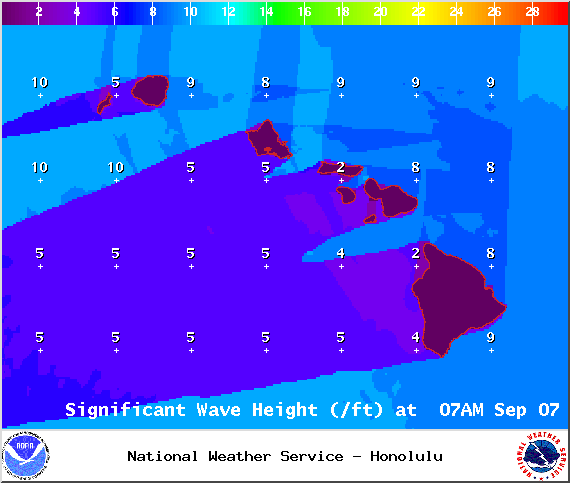 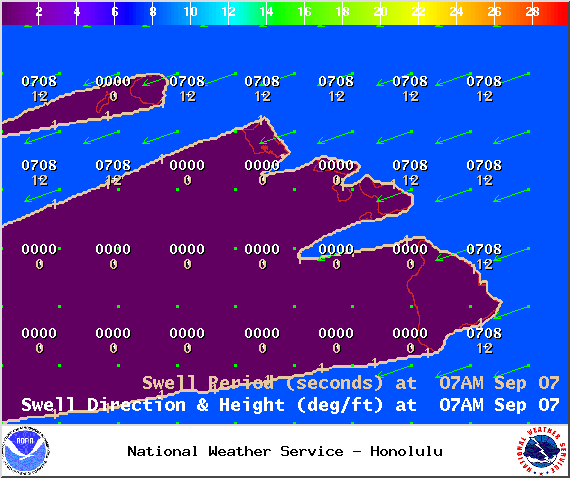 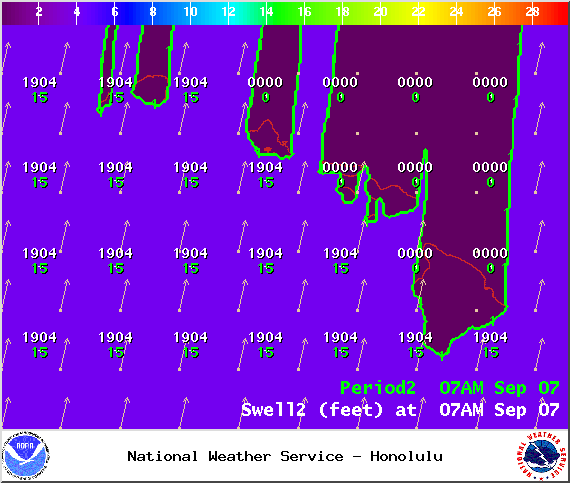 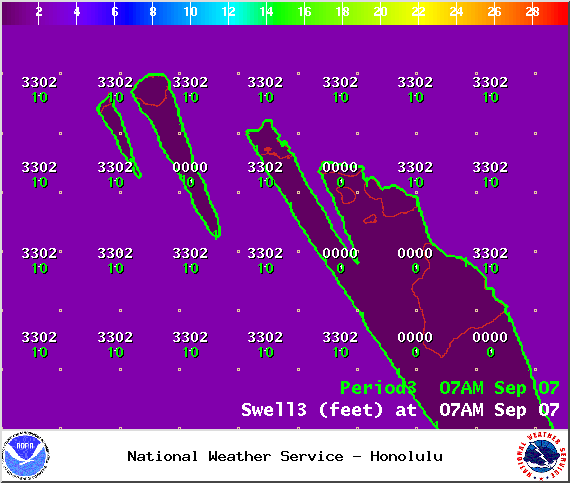 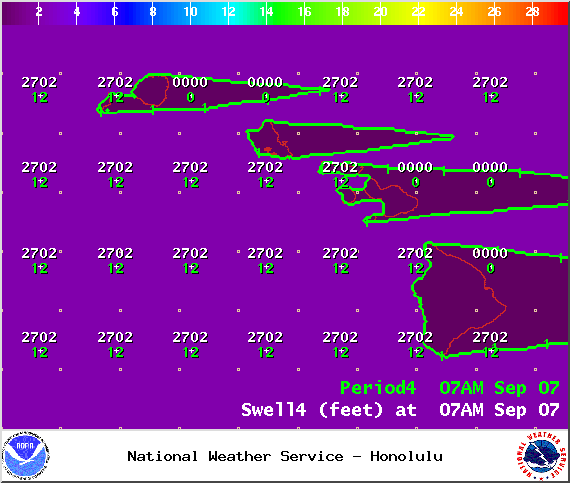 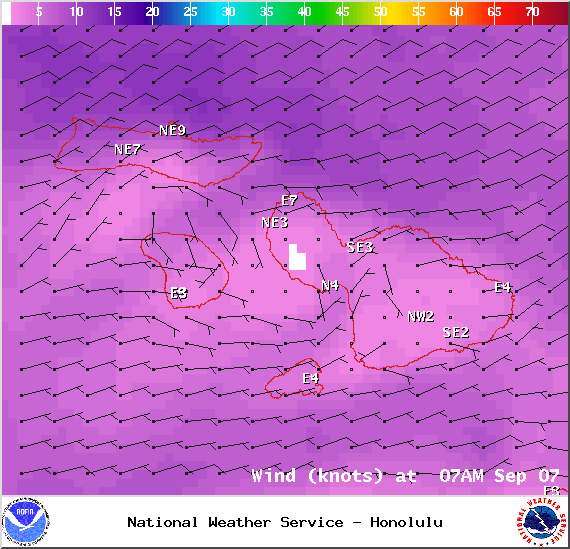 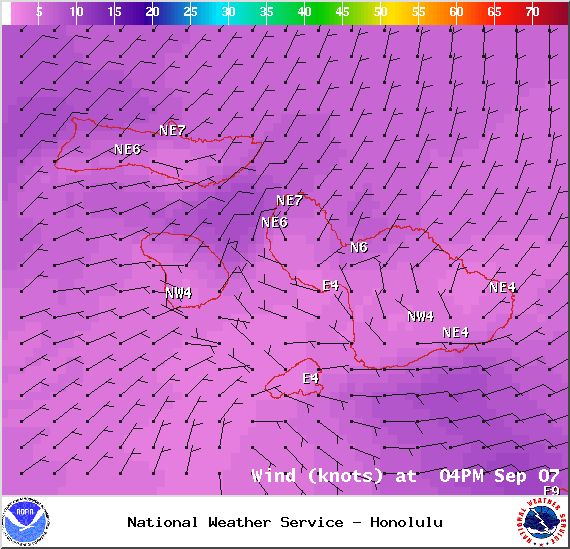 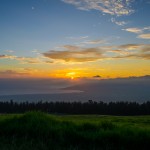 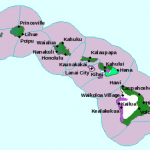