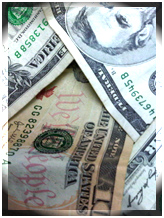 The proceeds were generated when the county sold $60.155 million in general obligation bonds at a premium on Wednesday, Oct. 7, 2015.

The competitive offering once again attracted strong bids from 15 underwriters, including many major Wall Street firms. The winning bidder was Citigroup Global Markets Inc. which bid a 2.089% true interest cost for the 20-year bonds.

According to Agsalog, of the $68 million in bond proceeds, $51.5 million will be used to prepay and refund existing higher interest rate loans and bonds, and $16.5 million will be allocated to fund new and ongoing capital improvement projects.

This is the third time Maui County has offered its bonds for sale using the competitive bid method. Most offerings in the state have been through the negotiated-sale method, essentially, hiring a firm to underwrite the bonds and find investors. In recent years, only Maui County has sold its bonds via competitive sale.

Mayor Alan Arakawa said that “given our current strong financial condition, strong investor interest and the current market, we feel that the competitive bid method is the best for the county. It is certainly the most transparent.”

Maui County was recently rated by Moody’s as Aa1 and by Fitch Rating and Standard & Poors as AA+ for this bond sale, giving the county the highest bond rating in the state. This excellent bond rating and strong bond sale program has enabled it to refund bonds in 2012, 2014 and 2015 with a combined present value interest rate savings of $10.9 million.

“The prepayment and refunding of the higher interest rate loans and bonds will produce over $6 million in cash flow savings and $5.3 million in net present value savings for the taxpayers of Maui County,” Agsalog said. “We thought our timing was good, but, we hit a homerun today.”

For more information on Maui County’s General Obligation Bond program, www.mauicounty.gov/Finance and click on “Reports & Documents” on the left tab. 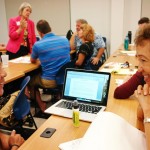 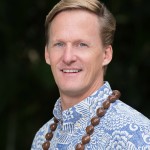