It may be called Four Seasons, but in a thriving garden on the Wailea grounds, you can practically forget about fall and winter.

“It’s ‘eternal summer,’ as they say,” explains Executive Chef Craig Dryhurst, who made the garden his first project after taking the culinary lead at Four Seasons Resort Maui in Wailea a few months back. “We can grow summer vegetables in the fall and in the spring, and it really shoots up.”

On June 30, seeds went into the ground. Almost four months later, harvested vegetables are already going “from farm to fork” at all the resort’s dining establishments.

“Currently we’re using the Japanese eggplant, we’re using the kale, the parsley we’re using in all the outlets,” says Dryhurst. “Normally we buy it by the pound; now, we can just pick what we need. So we have chefs come up every morning and just take what they need for the day.”

The garden is also growing carrots, red chard, zucchini and herbs, along with citrus and papaya trees that will be producing in the future.

But there’s something else growing: the curiosity and creativity of some local 5th graders.
Several classrooms at Kamaliʻi Elementary School in Kihei take part in community program Grow Some Good’s garden curriculum. Chef Dryhurst asked each classroom to submit a name for the resort’s garden, and a team of judges chose the winner, “Mālama ʻĀina Garden”, from Ms. Janet Brown’s 5th-grade class. “Mālama ʻāina” means to take care of the land, which students are doing in their own thriving garden at school.

The victors were treated to a field trip to Four Seasons on Friday, Oct. 23, which featured a Hawaiian blessing, tour of the garden, music and hula lesson with the Resort’s cultural storyteller and pizza-making with fresh produce from the resort’s garden.

“It’s really beautiful and the plants are really strong, and I didn’t know plants could grow so fast. Our gardens are similar but theirs is very neat and organized,” 5th graders Lucy and Laura tell me. 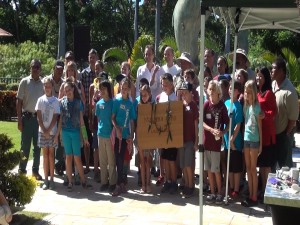 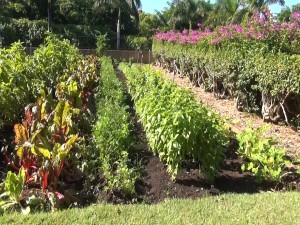 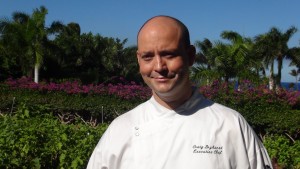 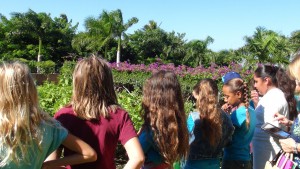 Kamali’i Elementary 5th graders get a tour of the garden they named at Four Seasons Resort Maui. Photo by Kiaora Bohlool. 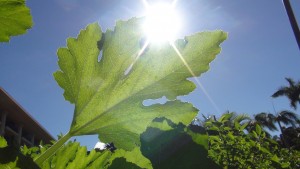 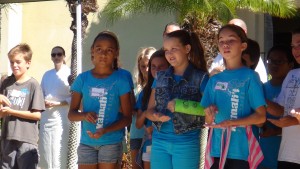 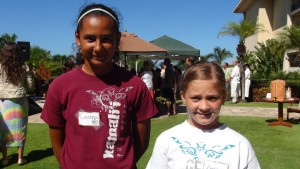 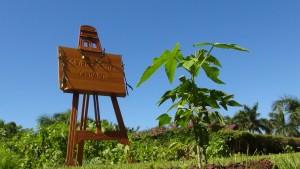 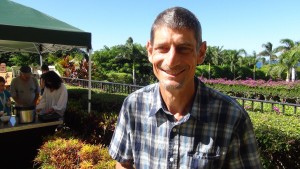 Nio Kindla of Grow Some Good, a nonprofit that helps Maui students grow their own gardens. Photo by Kiaora Bohlool. 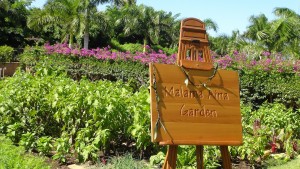 The students are working hard on their garden at Kamaliʻi, which includes ti leaves, sugar cane, lemongrass, tomatoes, eggplant, sweet potatoes, taro and other plants.

Laura’s favorite part of their garden is the tomatoes. Lucy loves the ladybugs. Insects come with the territory, and that’s okay.

“We just let them eat, because they help us,” Laura explains, “because if they eat some of our leaves they put more nutrients in the garden.”

The students have gardening class every other week, thanks to Grow Some Good. The nonprofit aims to connect children with their food sources and inspire healthy choices. Students learn a range of real-world gardening skills, from soil building to composting to using companion plants.

“We talk a little bit about being pest detectives, we talk about all the requirements that plants have,” says Nio Kindla, operations director for Grow Some Good, which currently serves about 12 schools around the island. “These students in this 5th grade program will be learning about how to grow, propogate and actually eat most of the canoe plants that the Hawaiians brought over with them.”

Four Seasons Resort Maui has supported Grow Some Good since 2012. Chef Dryhurst says the cause is close to his heart: he remembers picking raspberries, beans and carrots as a child on his family’s “allotment,” or plot of soil, just outside of London.

“We really do care about what our people eat. We want to know where our food is coming from, and everything should have a story,” Dryhurst explains. “As chefs, we are passionate about fresh produce and we’re very proud; all 75 kitchen members are up here, excited about what’s happening.”

Who knows, Ms. Brown’s 5th grade classroom may house some future chefs, gardeners or landscape artists. Either way, Grow Some Good leaders say sowing the seeds of sustainability and knowledge in children now can help their awareness bloom well into the future.

“I believe that the small changes we can create in these kids’ consciousness, or subconscious, about life cycles and living things and how important it is to malama the ʻāina,” explains Kindla, “those things will have a ripple effect, a butterfly effect, a lasting effect for thousands and thousands of decisions that this child may or may not call upon from their experience in the garden, but it will have a ripple effect for the rest of their lives.” 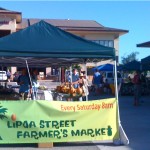 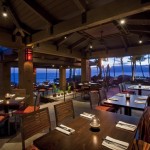