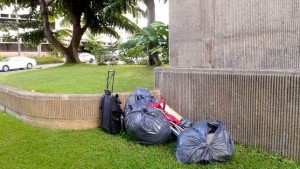 The Maui County Council will host a special meeting on Thursday, Oct. 29 at 9 a.m. in the Council Chamber to address the governor’s emergency proclamation on homelessness.

Council Chair Mike White announced made the announcement saying, “I appreciate the governor escalating the issue of homelessness to the attention of policymakers throughout the state, though it’s clear Maui County’s specific concerns are different than Oʻahu’s.”

In a press release statement, White said, “Community participation is critical to finding answers to this problem, so I urge the public to come and testify on Thursday.”

On Oct. 16, 2015, Governor David Ige on Oct. 16 formally proclaimed that Hawaiʻi’s homelessness situation needs immediate attention and authorized emergency action, including the waiver of certain laws and the expenditure of state funds.

The Hawaii Lodging and Tourism Association recently gifted $25,000 towards a Homeless Repatriation program on Maui to send homeless individuals to the mainland via one-way plane fare.

The meeting was scheduled on the call of the mayor under privileges provided by Section 3-5.2 of the Maui County Charter. 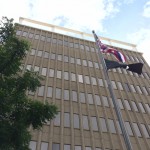 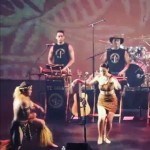 Te Vaka on Maui One Night Only in Lahaina