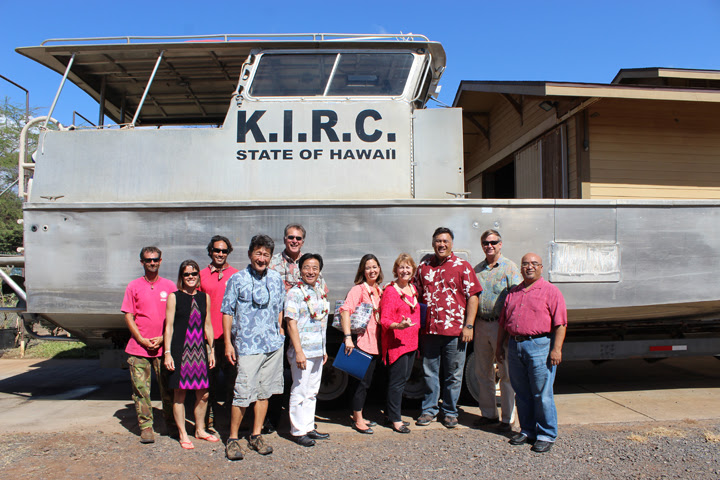 Members of the Senate Ways and Means Committee conducted a site visit of the Kaho’olawe Island Reserve Commission’s Kīhei property on Tuesday, Oct. 20, ahead of the 2016 legislative session.

“It’s important that our Senators have a solid context for the tough decisions that lie ahead for them,” said Nāho’opi’i in a KIRC announcement.

“The grant projects that we have been able to develop at our Kīhei site provide an important entry point to what we are working very hard to accomplish on Kaho’olawe. If we can start with support here in our community, we have a better chance of securing long-term funding to restore, protect and enable access to Kaho’olawe. Any help we can get to prepare for the legislative session, particularly from these leaders, is critical,” he said.

KIRC staff provided lawmakers with an update on the current status of the Reserve as it operates at one-third of its budget, compared to the previous fiscal year.

During the last legislative session, the state appropriated $1M in general funds to the KIRC; marking the first appropriation since the Federal Government’s initial provision in 1993. While this marked a milestone in Kaho’olawe history, KIRC staff say it only represented 1/3 of the minimum budget required to maintain current operations.

KIRC representatives say that while the organization has been feasibly able to meet its grant and program obligations, it has had to dramatically scale down major operations including the on-island volunteer program and Base Camp.

The KIRC plans to continue collaboration with community organizations to develop Kīhei-site projects that help to build awareness and support of large-scale projects on Kaho’olawe and key capital improvements that could make a difference in enabling access to the Reserve, such as much needed maintenance of the ʻOhua transport vessel.

“Visiting the KIRC Boat House was a good opportunity for the committee to meet with the staff, learn about the ongoing operations of the program, and listen to future plans for the site.” said Senator Jill Tokuda, Chair of the Ways and Means committee in a KIRC press release.

In order to sufficiently support another year of operations, KIRC representatives say they are aggressively pursuing new grant partnerships, its Aloha Kaho’olawe membership and donor program and – most importantly – a legislative package for the upcoming session proposing bills for a DLNR supplemental budget appropriation, direct appropriation, asset forfeiture and conveyance tax, all as a means for the continued restoration of and access to Kaho’olawe. 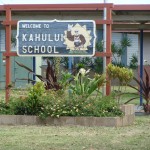