The Maalaea brushfire that started Thursday afternoon, has not been extinguished, but was called 100 percent contained at 5:55 p.m. Friday evening.

Since the fire began at 1:59 p.m. Thursday, 200 acres of brush has been scorched on the mauka side of Honoapiilani Highway.

The fire was reported to have started about a quarter mile south of Maalaea Harbor, but the cause is undetermined.

On Friday, the fire department’s Air 1 helicopter was used to douse hot spots around the perimeter.

Fire officials say there still are some smoldering areas of tree logs well within he burned out areas that are far enough away from the perimeter’s edge.

“We are allowing those to burn itself out since they do not pose any threat,” said Maui Fire Services Chief Edward Taomoto.

“Most of the area is inaccessible by vehicles and difficult to reach on foot, so our main concern is making sure that everything in the first 50 feet from the fire’s perimeter is completely out,” said Taomoto.

There was one flare up at 10:30 a.m. today, which temporarily closed Honoapiilani Highway near mile marker 7, because of smoke crossing the road and creating a hazard to motorists.

A section of unburned brush near the roadway caused the traffic shutdown.

Crews have left the area and will be making checks periodically during the night. 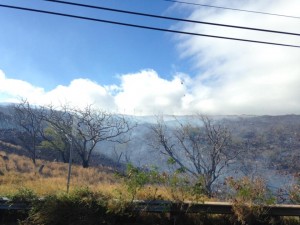 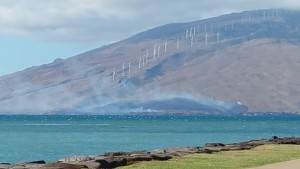 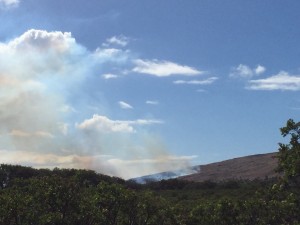 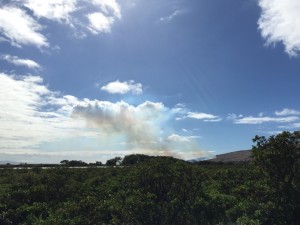 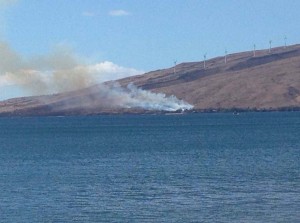 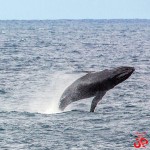 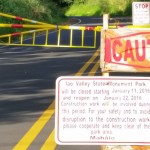