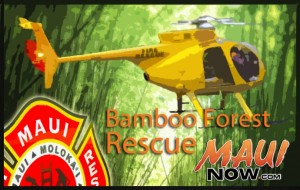 A visitor was airlifted from Kailua yesterday in the area often referred to as the “Bamboo Forest” trail after slipping on a rock and injuring her ankle in the stream, fire officials said.

Department reports note that the incident was reported at 2:41 p.m. at the area above the “second pond.”

Maui Fire Services Chief Edward Taomoto said the 30-year-old woman, who was visiting from New York, was airlifted to a landing zone in a pasture near the Hāna Highway and was transferred by paramedics to the Maui Memorial Medical Center for further treatment.

He said the woman was part of a larger group of hikers that were on their way down the trail, when the woman lost her footing and sustained the injury.

Firefighters from Pāʻia and Kahului were involved in the rescue. 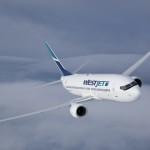 WestJet Flight from Vancouver to Maui Aborted Due to Blown Tire