The Kukahi concert, traditionally held around the Valentine’s Day weekend, returns to the stage after an extended break.  The last performance was in 2013.

“His music, chant, and hula represent the best of Hawai’i’s traditional and contemporary poetry and dance today,” a MACC announcement stated.

Hālau Ke’alaokamaile won the overall title at the prestigious Merrie Monarch Hula Festival in 2011, and swept the wahine hula titles a year earlier in 2010.  During its three year appearance at the competition, the hālau also earned two Ms. Aloha Hula titles with Cherissa Henoheanapuaikawaokele Kane taking the title in 2009 and  Tori Hulali Canha earning the title in 2011.

Reichel has earned multiple Nā Hōkū Hanohano Awards for his music, in addition to a top spot on world music charts.  He is also nominated in this year’s Grammy Awards under the regional roots category for his album “Kawaiokalena.”

Both shows start at 7:30 p.m. and tickets are available online at the following link: Tickets 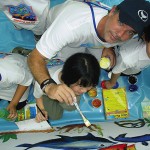 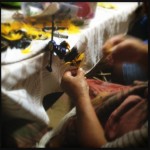