A brush fire in Lahaina burned roughly two acres of land in an open field frequently used by the homeless community for encampments, according to fire officials.

The incident was reported at 10 a.m. on Tuesday, March 1, 2016, in a field mauka of the Honoapiʻilani Highway between Dickenson and Prison Streets.

Fire officials say the blaze came within 150 feet of a nearby home, but was stopped short and did not cause any damage.

The department’s Air 1 helicopter was dispatched to conduct water drops, and ground crews from Lahiana and Kahului were assisted by personnel from West Maui Land Company.

Maui Fire Services Chief Edward Taomoto said the fire was extinguished at 3:30 p.m., but crews were called back to the scene two hours later for a report of a flare-up in an area of large trees and heavy brush. 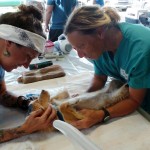 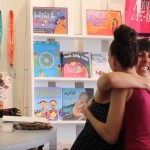 Maui Now Pays it Forward in Celebration of 100,000 FB Fans