Billionaire Donald Trump won the Hawaiʻi GOP caucus on Tuesday night with more than 42% of the vote or 5,677 votes, according to caucus results posted by the Associated Press.

With all precincts accounted for, Trump came out ahead of Texas Senator Ted Cruz who had 33% (4,379) of the vote; Florida Senator Marco Rubio’s 13% (1,759); and Ohio Governor John Kasich’s nearly 11% (1,413), according to preliminary counts (final counts are pending certification) posted by the Associated Press Interactive.

The AP Interactive shows that Trump took the top spot in all four counties with Maui voters casting 678 votes for Trump out of the 1440 votes tallied for 47% of the Maui County vote.

Statewide, more than 13,000 votes were cast across more than 40 precincts.

The Hawaiʻi Democratic caucus is scheduled to take place on March 26, 2016. 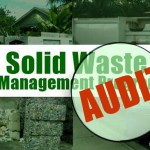 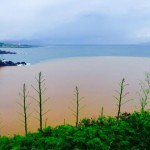