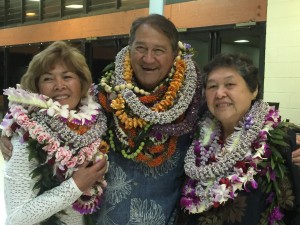 The Central Maui Hawaiian Civic Club presented the awards during a lū‘au at the Hannaibal Tavares Center in Pukalani on Saturday, March 19.

According to Central Maui Hawaiian Civic Club president Lui L. Hokoana, Ed. D, the word “kupamakaʻāinana” means citizen. The award commemorates the work of Citizen Prince Johah Kūhiō Kalanianalaʻole, who served his people so selflessly following the annexation of Hawaiʻi to the US. Elected to Hawai‘i’s delegation to the US Congress in 1902, Prince Kūhiō spearheaded the Hawaiian Homelands Commission Act and was a prime mover in the effort to establish county governments.

A crowd of nearly 200 celebrated the accomplishments of all three honorees with song, chant, hula, a silent auction and dancing to the sounds of Asian Blend.

Born and raised on Maui, Canto has devoted much of her life to community service. In addition to her leadership of MNHCoC, she is also president of the Kula Community Association.

She recently accepted a nomination to serve on the Special Committee on Maui County Governance. She is also a member of the Maui County Commission on Fire and Ocean Safety.

In 2014, then Gov. Neil Abercrombie appointed her to the Commission on Hawaiian Homelands, a position she still holds.

Vicens was born in Honolulu and educated at St. Louis High School and Purdue University. He has served as president for Maui Economic Opportunity, Big Brothers/Big Sisters and he has been a board member of the Pā‘ia Main Street Association, Rotary Club and the Maui Chamber of Commerce.

He is also a founding member of the MNHCoC. In 1997 the chamber named him “Humanitarian of the Year” for his volunteer service to the Maui community.

Calcoudis was also born on O‘ahu as the youngest of 10 children of Eddie Howard and Annie Apo Holt. She currently serves as president of the Ho‘olehua Hawaiian Civic Club on Molokaʻi. She is also a member and recording secretary of the Ahahui Kaʻahumanu Chapter VIII.

She remains active with her HGEA Retirees Unity and with the Alu Like Kupuna program. She is also a member of the Kaluaʻahu Congregational Church on Molokaʻi. 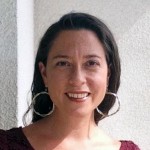 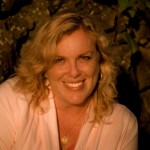