Maui Mayor Alan Arakawa presented his version of the Fiscal Year 2017 budget to members of the Maui County Council today.  The 920 page document includes a proposed budget that totals $810.4 million and includes an operating budget of $563.6 million and a capital program budget of $147.9 million.

That represents a $43.9 million increase to the operating budget, consisting of $23 million in mandatory employee raises, salaries, wages and benefits, according to the Mayor.  The CIP program proposes $169.8 million in projects, up $46.9 million for FY 2016.

Citing higher property tax valuations this year, Mayor Arakawa said that he is proposing that the property tax rate in all categories remain flat this year.

In addressing a room full of directors and department heads, Mayor Arakawa said, “This budget reflects the county’s vision for our future.  Its a guiding concept for what the county is trying to do and to become.”

The cover page of the budget is graced with sugar cane in the foreground and the green backdrop of the Maui’s central isthmus and windward slopes of Haleakalā fading into the distance.  County officials say this year’s cover “reflects a season of change in Maui County,” as Hawaiian Commercial & Sugar Company prepares for its final harvest.  “Change is also evident in our community, which continues to grow and adapt,” the document stated.

“Through diligent planning and fiscal management, we can cultivate change and guide growth carefully,” the budget document notes. “This is the legacy we leave to future generations, as we work together to keep Maui nō ka ʻoi.”

Mayor Arakawa outlined some community priorities for FY 2017 including proposed spending for the following projects:

Mayor Arakawa said, “the simple truth is we can’t afford not to invest in our future.”

He said the county has worked to protect the natural environment by continuing to acquire coastal properties to preserve beach access.  This includes Launiupoko, ʻUkumehame, Paukūkalo and Pāʻia.  He said the county is also seeking to add Maliko and Hāna Bay to that list this year.

One of the major challenges Mayor Arakawa acknowledged was that of the Central Maui Landfill.  “Very shortly we are going to find out if the latest audit claiming that new space can be created for $13 to $15 was accurate, or if the department estimate that it will cost $25 to $30 if a new cell has to be created is accurate.”

He further noted that the property for the next cell, which was proposed for purchase, but rejected by the council, has already been purchased by another entity.

“After agonizing to try to balance what the county must do, what we’ve planned to do, and what everyone wants us to do with the limited resources available, the administration looks forward to working with the council to move Maui County forward in the accomplishment of our vision, mission and goals,” said Budget Director Sandy Baz in a county press release.

Mayor Arakawa called on the council to help in making commitments a reality.  “When we work together, we do phenomenal things he said,” highlighting some accomplishments along the way including: the preservation of about 80% of Maui’s North, West and South shores; the acquisition of park space; and fixing hundreds of miles of roads.

“A hundred years from now, no one will be the least bit interested in what we were arguing about.  But they will look at the footprints that we have created in this community,” he said.

The full budget document is available for viewing online at the County of Maui website. 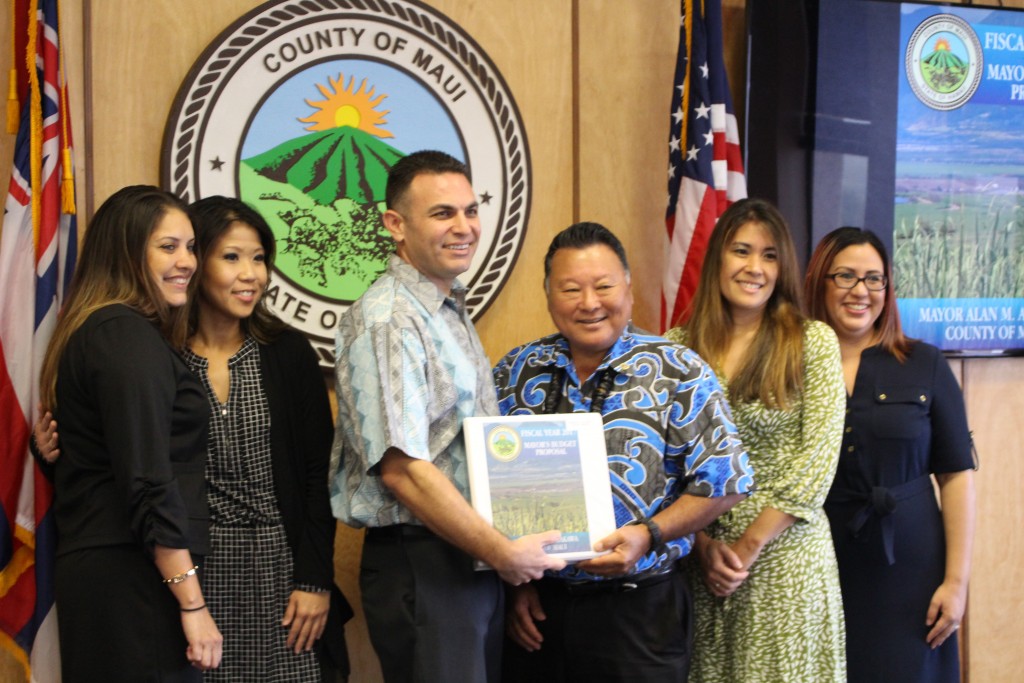 The Maui County budget team stands with Mayor Alan Arakawa as they present the Fiscal Year 2017 budget to the Maui County Council. Photo (3.24.16) by Wendy Osher. 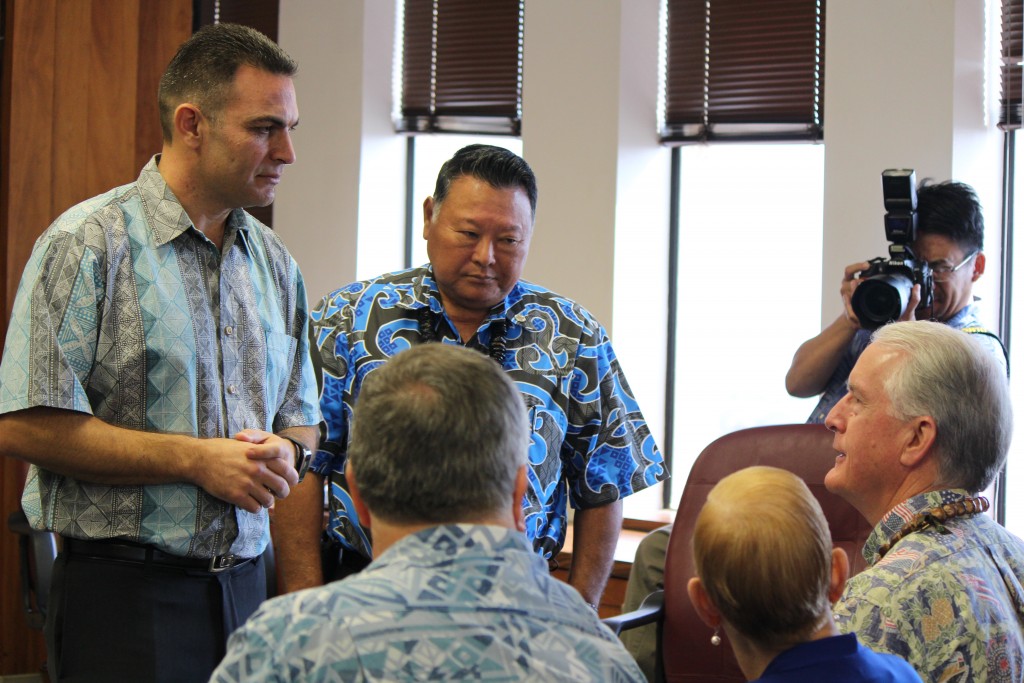 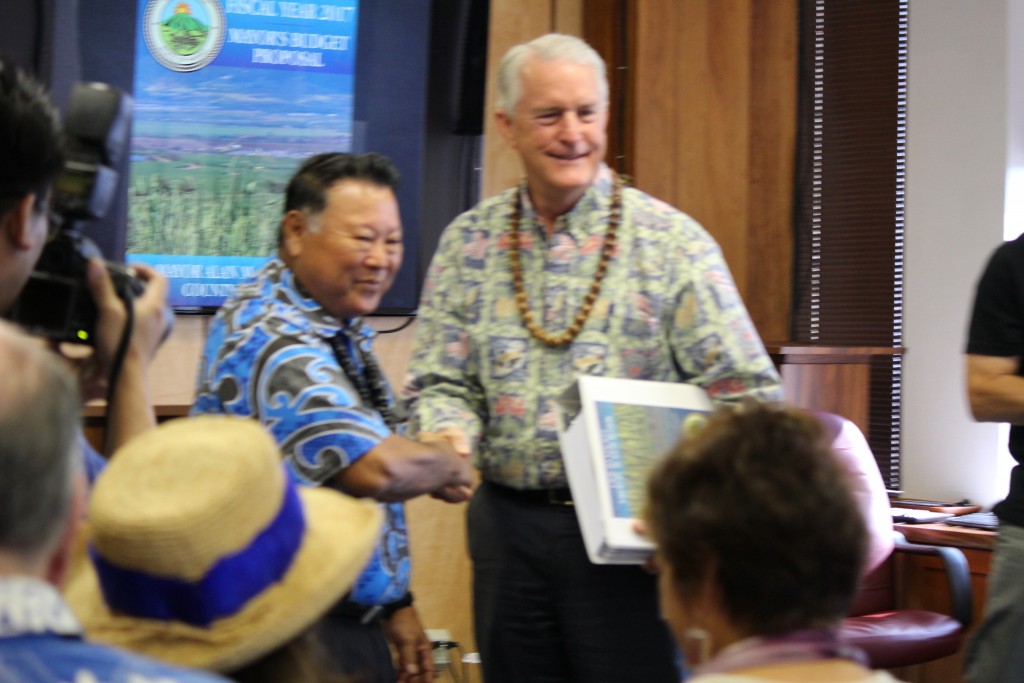 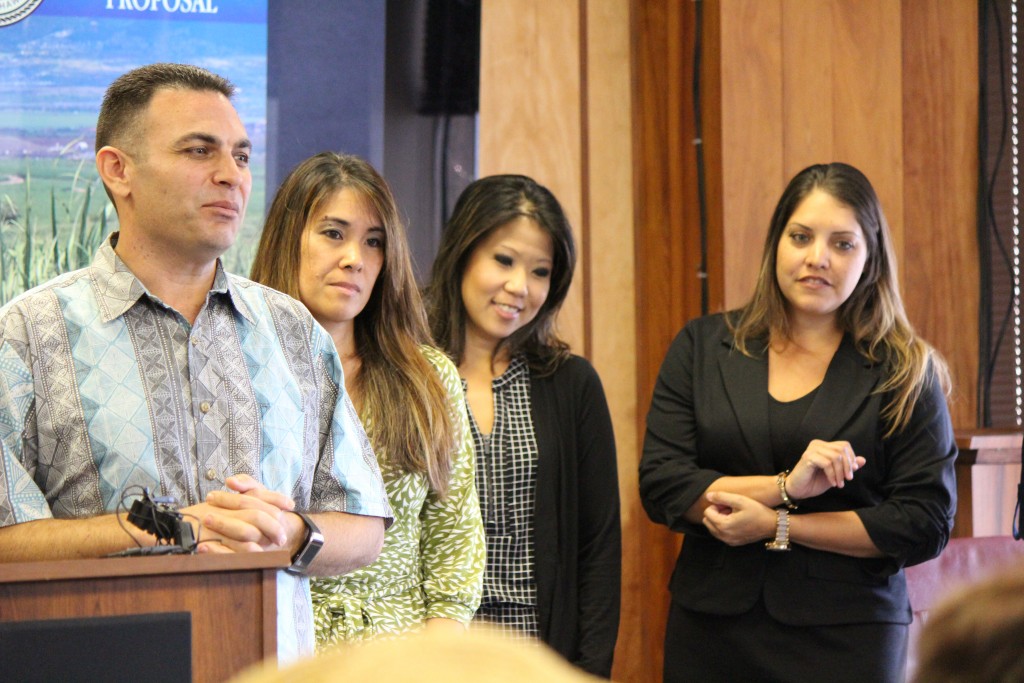 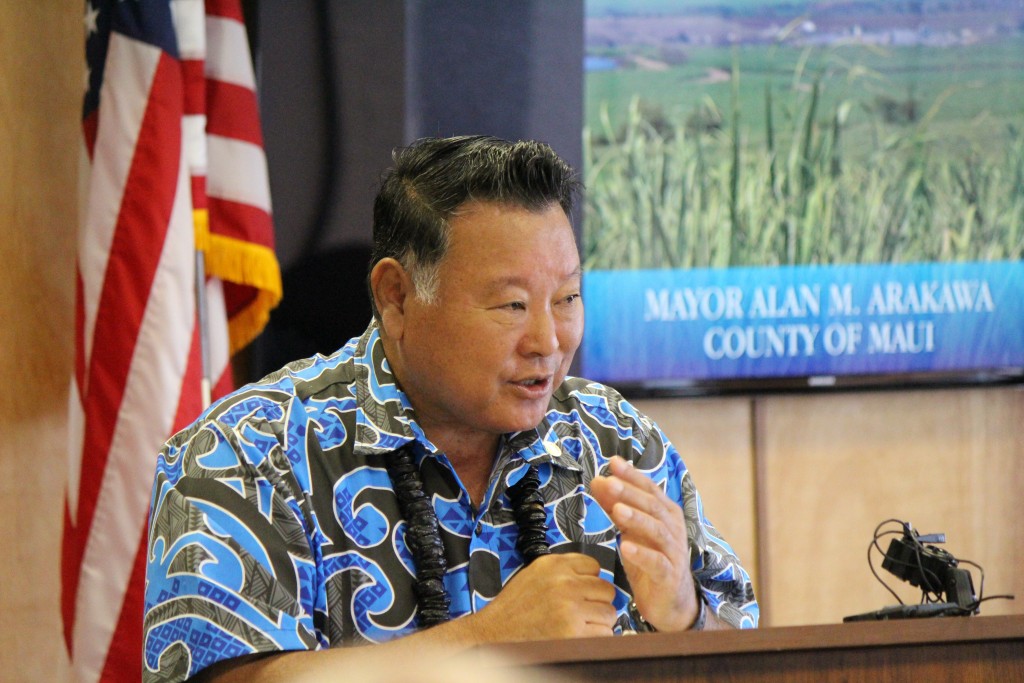 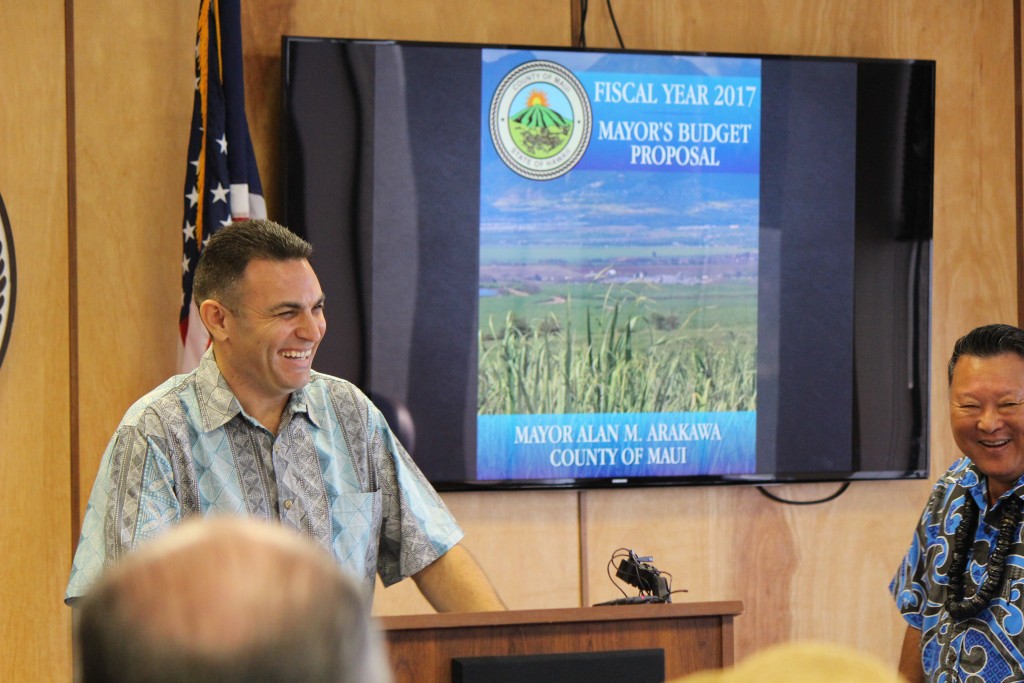 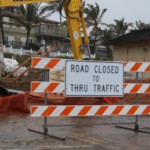 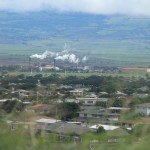