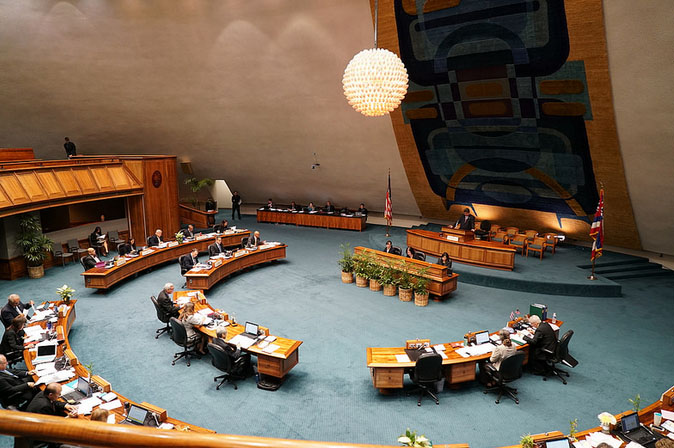 The bills will be returning to the House ahead of the final crossover deadline of Thursday, April 14, 2016.

“We attempted to move forward measures we felt reflected the priorities of the Senate,” said Senate Majority Leader J. Kalani English, (Dist. 7 – Hāna, East and Upcountry Maui, Moloka‘i, Lāna‘i, Kaho‘olawe). “There are a number of areas in which the House and Senate share a mutual concern. We’ll work on the details in conference and I’m hopeful the outcome will be responsible bills,” he said.

Senate leaders say a majority of the bills will move into conference committees where the House and Senate Conferees will convene to discuss their respective drafts and come to an agreement on a final amended version.

An item identified as a top priority for the Hawai‘i Senate Majority is concerns homelessness and housing. A number of measures that focus on these issues were passed by the Senate, including: HB2647 HD2 SD2, which establishes a three-year Work for a Day pilot program to be administered by the City and County of Honolulu that provides homeless individuals with work opportunities; and HB2244 HD1 SD2 which appropriates funds to support housing programs.

Measures passing third reading that protect the environment, another priority of the Senate program, include: HB1050 SD2 which appropriates funds to the Department of Agriculture to address the interisland spread of invasive species; and HB2646 HD2 SD2 that creates a permanent fuel tank advisory committee to study, monitor, and address fuel tank leak issues.

The Senate also passed bills that support good governance including: HB1653 HD1 SD1 implementing election by mail beginning with the primary election in 2018; and HB2632 HD2 SD2 which requires firearms owners who are diagnosed with a significant behavioral, emotional, or mental disorder or for treatment for organic brain syndromes, or due to emergency or involuntary hospitalization, to immediately surrender their firearms and ammunition to the Chief of Police.

Other significant House measures passed by the Senate include:

HB2263 HD1 SD1 appropriates funds for the Department of Business, Economic Development, and Tourism to conduct an economic assessment study on the development and economic viability of a small satellite launch and processing facility on the Island of Hawai‘i.

HB2501 HD2 SD2 requires that where an application has been made for a lease to continue a previously authorized disposition of water rights, a holdover may be authorized annually until the pending application for the disposition of water rights is finally resolved or for three years, whichever is sooner. Requires that the holdover is consistent with the public trust doctrine and any applicable law.

HB2605 HD1 SD2 appropriates funds to establish, administer, and support on-the-job training for individuals who are unemployed and dislocated due to the closure of Hawaiian Commercial & Sugar Company and the Mākena Beach and Golf Resort on Maui. 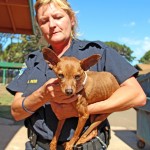 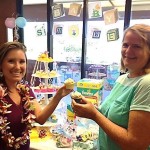